A sewing machine, a tablet, and a nearly new home from CoxHealth 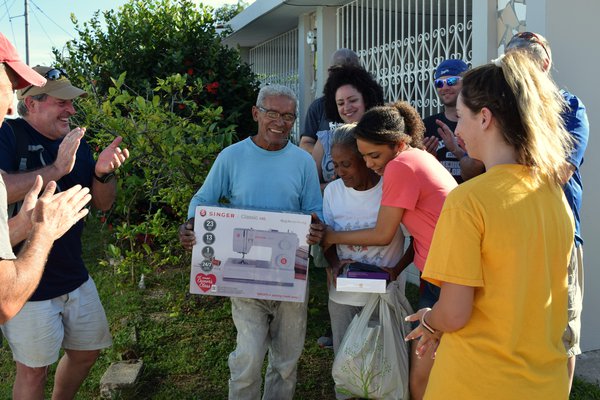 Seeing the box was finally what made two silent tears run down her stoic cheeks.

It was a simply a sewing machine. To her, though, perhaps it was more; something of the way life used to be.

A life when Virginia Riveria Camacho used to sew, before Hurricane Maria nearly destroyed her home. The Category 5 hurricane wiped out the vast majority of her possessions and severely damaged her house in September 2017 – but not her spirit, which has kept her going regardless of the circumstances sent her way.

One of the only things she had left after the storm was a little statue from her mother.

"That’s one of the only things that survived,” she says, via interpreter. 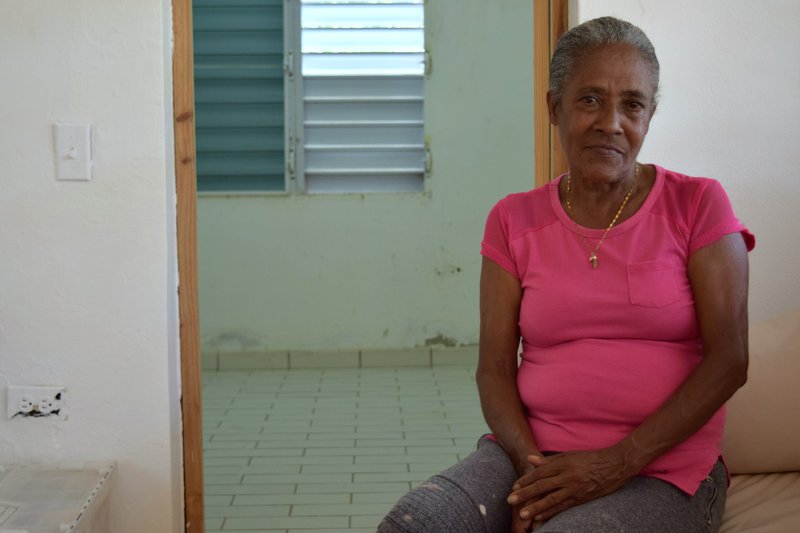 CoxHealth wanted to do something to help. In March 2019, a group of senior leaders went from southwest Missouri to Punta Santiago, the beachfront town where she lives, and spent days restoring her home and filling it with furniture.

At the end of two days of work, leaders gathered and, in final moments together, presented the 67-year-old with a sewing machine, and an electronic tablet to help her stay connected with loved ones.

“(We’d) asked her, ‘Is there anything you really miss? And one was that she can’t communicate with her grandkids anymore, and the iPad was a way she did that,” says Steve Edwards, president and CEO of CoxHealth, who participated in the trip. “So we bought her an iPad, too.” 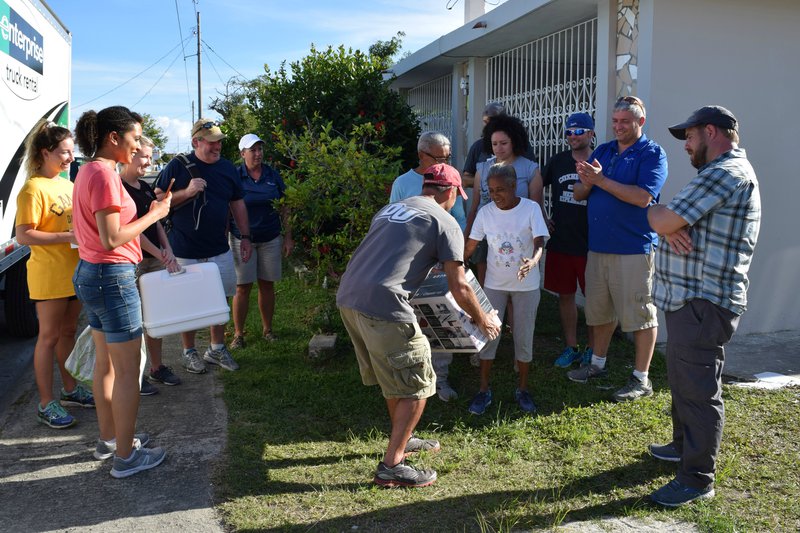 Virginia had been straight-faced for much of the time work was being done; a woman so strong that she climbed up on her dining room table in water up to her neck to avoid drowning in the hurricane.

But then, as the group gathered outside, hot and tired from work under the strong Puerto Rican sun, it was a moment to remember.

“When the house was done, we came out and she stood there, her eyes just turned red and two tears went down,” says Edwards. “She didn’t wipe them off, though. She’s just really tough.”

“It was moving to our team."

Additionally, leaders from the Branson/Lakes Area Chamber of Commerce & CVB and the Taney County Partnership also helped lead the trip.

"This trip is something that will stay with us for the rest of our lives," says Mahoney. "It's humbling, and an honor, to be ambassadors from CoxHealth, and to help Virgina and those around her." 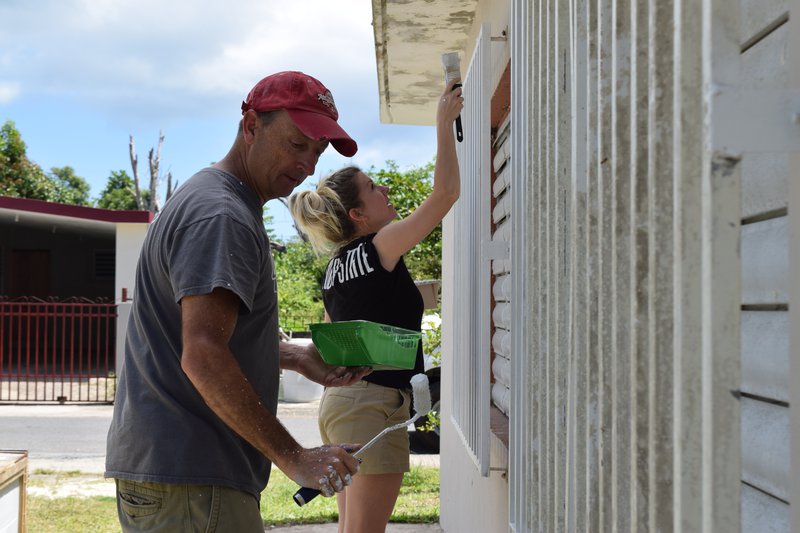 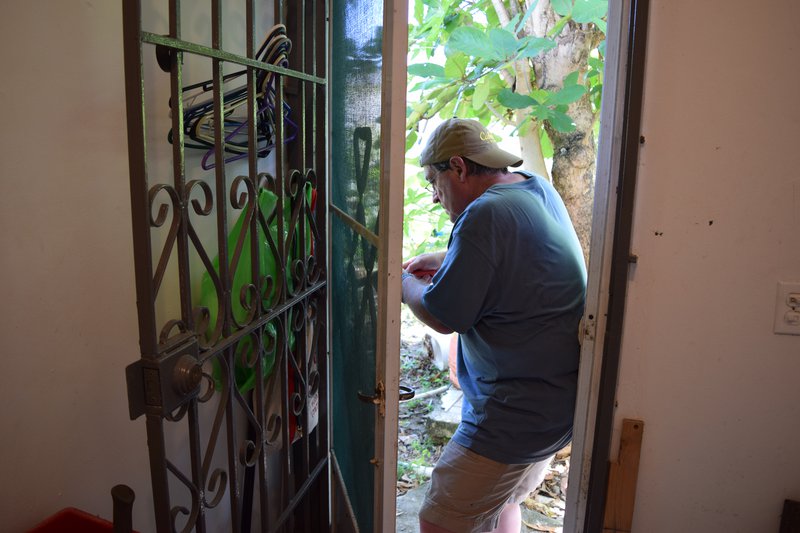 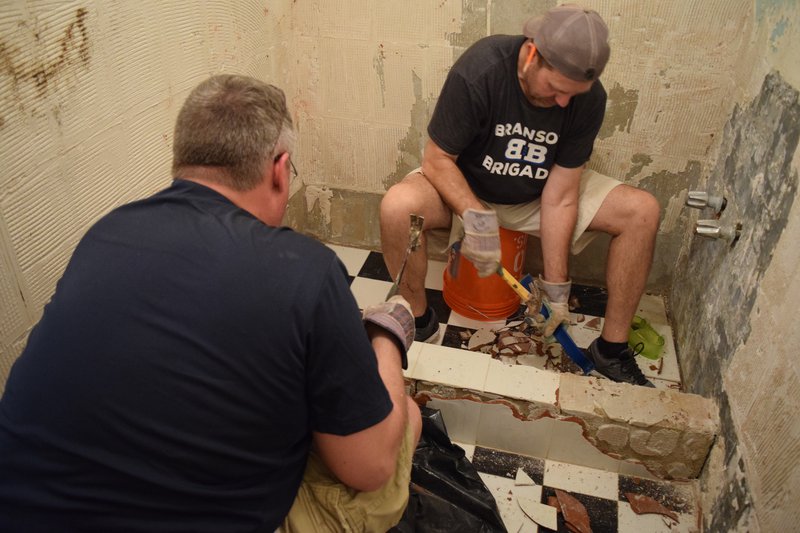 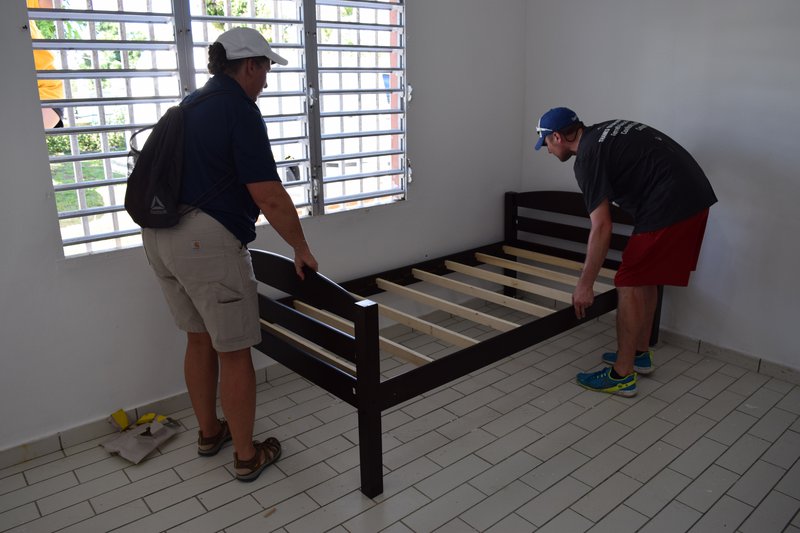 Over two days, leaders addressed needs at the house from top to bottom. Nearly everything outside was power-washed and painted; rust was scraped from wrought-iron work out front. Leaders crammed in a bathroom and stripped tile before it was put right back up. Other issues were fixed, furniture was assembled and furnishings were unveiled.

“They’re very capable individuals, but they don’t have resources,” says Prenger. His sentiment is echoed by others on the team.

“We were really happy to give them some normalcy back,” says Hedgpeth.

As work wrapped up, the little statue, the tie Virginia had with her mother, was carefully placed in a spot where all could see.

"It was so humbling to see their courage and determination to stay and rebuild," says Lynne Yaggy, chief nursing officer and vice president of Clinical Services at Cox Branson. "We saw varying degrees of repairs and how important their community relationships are to moving forward. Being a very small part of that effort was rewarding and inspiring." 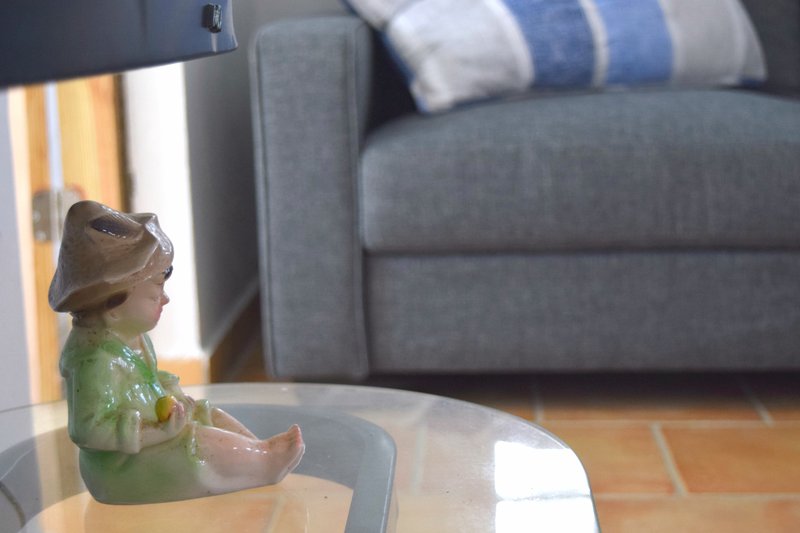 The sentimental statue, in its new home.

Hedgpeth and Cramer have made several trips to Puerto Rico over the past few years as CoxHealth began recruiting on the island. Plans were nearly put on hold after Hurricane Maria came through, but -- faced with high unemployment, and a low number of nursing jobs -- Puerto Rican leaders encouraged the health system to continue.

Since then, around 50 nurses have been offered or accepted jobs with CoxHealth, and a number are already working in the Ozarks. But even though they had been encouraged to recruit medical professionals by Puerto Rican authorities, health system leaders didn’t simply want to employ their professionals without giving back.

That sentiment led to participation in this trip. In addition to serving at Virginia’s home, leaders also donated around $40,000 in supplies to a medical clinic in the same town – which was also nearly destroyed by Hurricane Maria – and gave 100 flu vaccines for community members.

The health system also plans to offer service on an ongoing basis to the island, which leaders believe is the right thing to do. 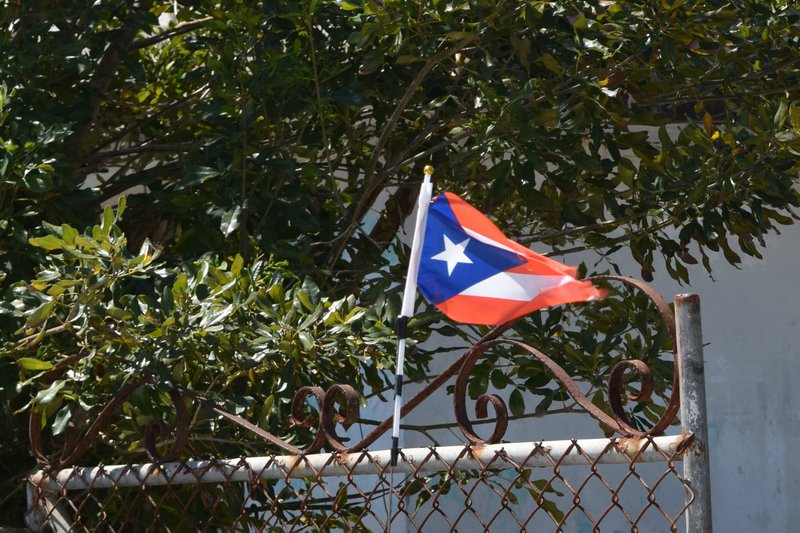