CoxHealth Legacy: The start of CMN Hospitals at CoxHealth 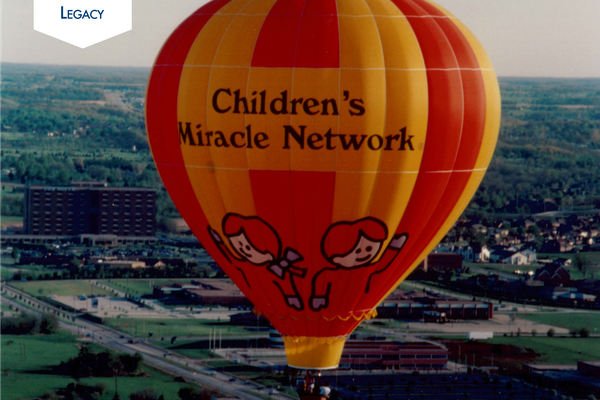 The 1980s were a time of great change, excitement and growth for CoxHealth.

One of the biggest moments of the decade came in 1985, when a brand-new hospital – Cox South – officially opened to the public on the extreme south side of Springfield. Originally designed to only be for women and children, the facility’s scope was expanded before the project was complete. The commitment to children’s care, however, remained.

That decision made a difference just a year later, when a new organization came to Springfield seeking a local partner. That organization was Children’s Miracle Network.

Now known the world over, CMN Hospitals began in 1983 by the Osmond Family. Through CMN Hospitals, the family worked to partner with hospitals across the country to raise funds for hospitalized children, creating a resource for every medical need, not just one specific disease or illness which was the norm at that time.

The CMN organization helped the hospitals with fundraising by organizing nationwide annual telethons, as well as bringing together many national sponsors who would support the hospitals locally, including Walmart, Long John Silver’s, Dairy Queen, credit unions and a host of others.

The group’s leaders spoke with various organizations in Springfield when deciding who to work with. Ultimately, however, they decided that CoxHealth was the perfect partner.

“Neil Wortley, our former hospital administrator, said they were very impressed with the new hospital and felt that Cox had the greater commitment to serving children so they invited us to join,” says Lisa Alexander, past director of CMN Hospitals of CoxHealth, and current president of the CoxHealth Foundation. 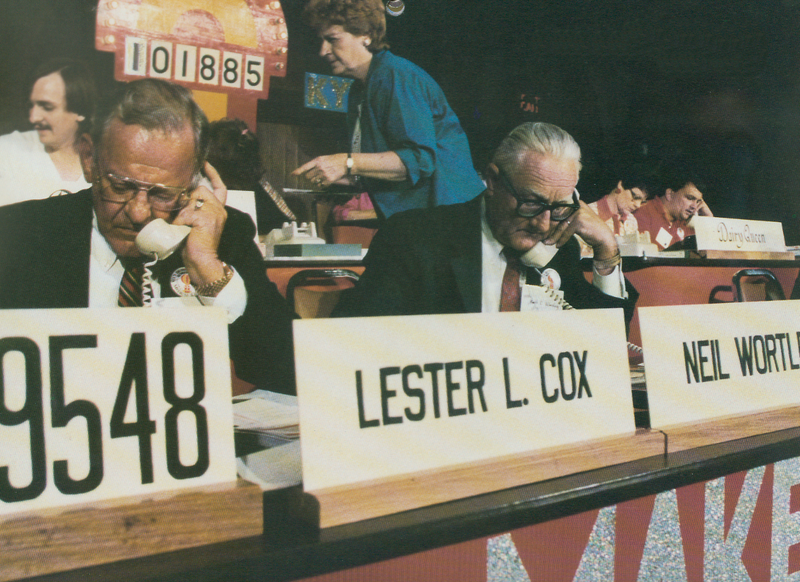 Hospital leaders take donations at the telethon at Cox South in 1987.

Back in those days, the primary focus of CMN Hospitals was its annual telethon, which was broadcast across the country the weekend after Memorial Day. A whirlwind planning period led way to the first telethon in Springfield, which was held in 1986 at Cox South. Departments at the hospitals came up with creative ways to raise money, businesses supported it, and locals called in what they could.

In its initial format, the telethon ran for 21 hours, with 20 minutes of each hour originating locally.

“Those were busy 20 minutes, with attention focused on KY3 television personalities interviewing parents, children and hospital staff who were part of the ‘miracle’ in the Children’s Miracle Network,” printed The Booster, a former CoxHealth publication, in its Summer 1986 issue. 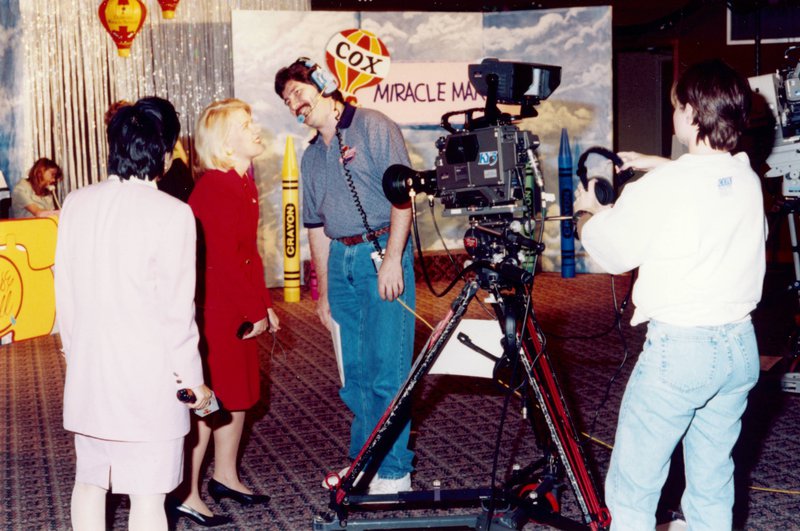 While no one knew for sure what the results of the first year would be, it was clear that the community cared. By the end of the event, more than $108,000 had been raised for the care of local children and their families.

“I was tremendously impressed with the support received from the entire community of southwest Missouri and northwest Arkansas,” said Charles Edwards, then-administrator of CoxHealth, and father of Steve Edwards, current president and CEO of CoxHealth.

Although it started with ‘just’ the telethon, today, CMN Hospitals at CoxHealth is a valued part of the health system.

CoxHealth, in fact, is the region’s only CMH Hospital and the salaries of its local, four-person staff are paid by the health system, ensuring that all gifts and proceeds stay in the area.

While parts of the organization have changed over time – including the telethon, which in recent years has moved to a week-long format – the organization’s connection and mission have remained the same.

The same can be said for the Ozarks’ generosity: 2018 was a record-breaking year of giving for the organization,which announced more than $2.3 million in donations.

However, the work continues. CMN Hospitals at CoxHealth staff members work tirelessly to serve thousands of local children each year while spreading the organization’s mission, and helping ensure that local children’s health needs are met.

“Serving the community is a great honor, one that we do not take lightly,” says Siebert. “It is a wonderful gift to be able to help connect resources and needs in our community, and help make a difference for children who need miracles the most.”

Click here to learn more about CMN Hospitals at CoxHealth, where you can also make a donation or get involved.