Do you cough, wheeze and have a tight chest or shortness of breath when you exercise? If yes, you may have exercise-induced bronchoconstriction (EIB). This happens when the tubes that bring air into and out of your lungs narrow with exercise, causing symptoms of asthma.

An estimated 300 million people worldwide suffer from asthma, according to the World Health Organization, and strenuous exercise makes it worse for many people. Some people with EIB do not otherwise have asthma, and people with allergies may also have trouble breathing during exercise.

If you have EIB, you may have problems breathing within five to 20 minutes after exercise. Your symptoms may include:

People with EIB are very sensitive to both low temperatures and dry air. Air is usually warmed and humidified by the nose, but during demanding activity people breathe more through their mouths. This allows cold, dry air to reach your lower airways and your lungs without passing through your nose, triggering asthma symptoms. Air pollutants, high pollen levels and viral respiratory infections may also be triggers. Other causes of symptoms with exercise may be that you are out of shape, have poorly controlled nasal allergies or vocal chord issues.

Wheezing or tightness in your chest can be serious, so let your physician know about your symptoms. Your physician can help you by:

If your breathing test is normal, you may be asked to take an additional test, called a bronchoprovocation challenge test. Your physician will have you exercise in the sport you play, run outside, or have you cycle or run on a treadmill. Before and after the exercise, your physician will test the amount of air you force out of your lungs with a spirometry test. If you exhale air less forcefully after exercise, then the problem may be EIB.

The first step is to develop a treatment plan with your physician. EIB associated with more generalized asthma is prevented with controller medications taken regularly (such as mast cell stabilizers, inhaled steroids and leukotriene modifiers) or by using medicines before you exercise (short-acting beta-agonists such as albuterol). When EIB symptoms occur, they can be treated with short-acting beta-agonists.

In addition to medications, warm-ups and cool-downs may prevent or lessen EIB symptoms. You may want to limit exercise when you have a viral infection, temperatures are low, or pollen and air pollution levels are high.

The goal of an asthma treatment plan is to keep your symptoms under control so that you can enjoy exercising or sports activities. However, there are some activities that are better for people with EIB. For instance, swimmers are exposed to warm, moist air as they exercise, which does not tend to trigger asthma symptoms. Swimming also helps strengthen upper body muscles.

Walking, leisure biking and hiking are also good sporting activities for people with EIB. Team sports that require short bursts of energy, such as baseball, football and short-term track and field are less likely to cause symptoms than sports that have a lot of ongoing activity such as soccer, basketball, field hockey or long-distance running.

Cold weather activities such as cross-country skiing and ice hockey are more likely to make symptoms worse, but with proper diagnosis and treatment, many people with EIB can participate and excel in almost any sport or activity. 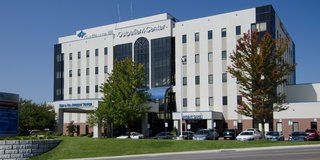