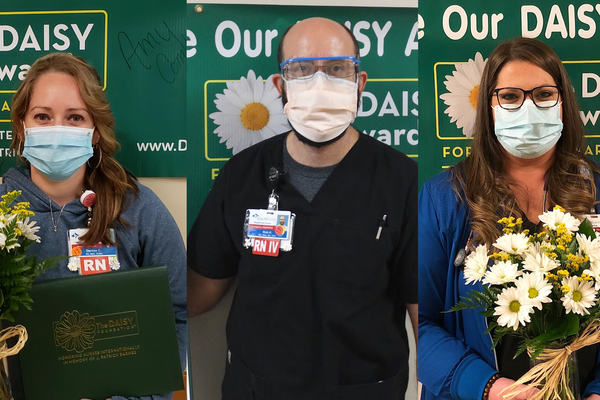 Each quarter, CoxHealth recognizes nurses who have provided outstanding care with DAISY Awards. The DAISY Award for Extraordinary Nurses is presented in medical facilities throughout the United States to recognize the education, training, skill and compassionate care nurses provide. Patients, their friends and families, colleagues, physicians and volunteers may nominate a nurse for the award.

Here are the most recent Springfield honorees: 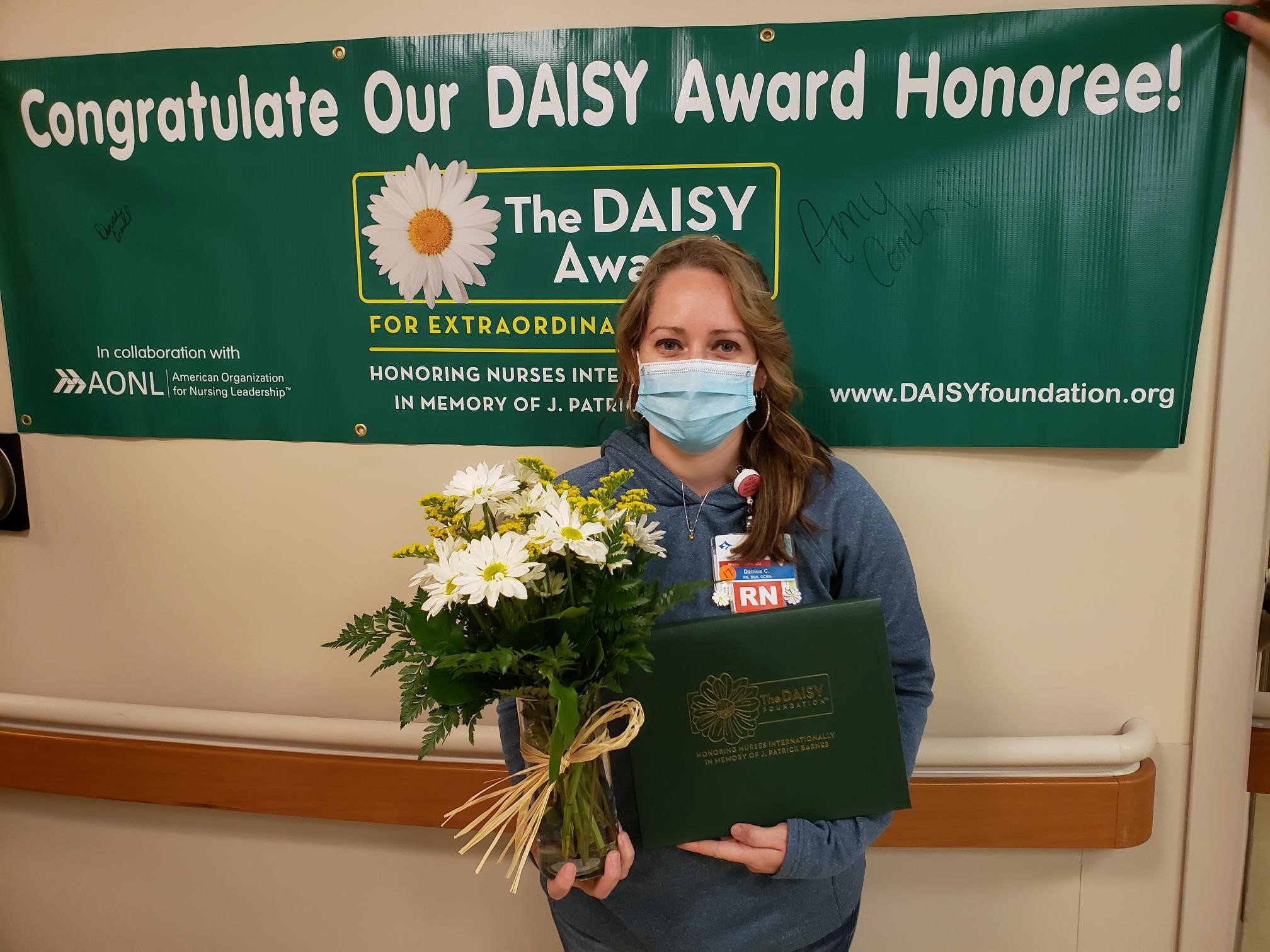 Denise was nominated by the mother of a patient who was in an accident and suffered a traumatic brain injury. Denise assisted the patient during the night hours and made sure the mother understood every step of her son’s care.

“I was mentally broken, and she recognized that and hugged me when I was falling apart. She made the care very personal. She even asked what my son’s favorite music was and played that for him while he was struggling on the ventilator. I will be forever grateful to her.” 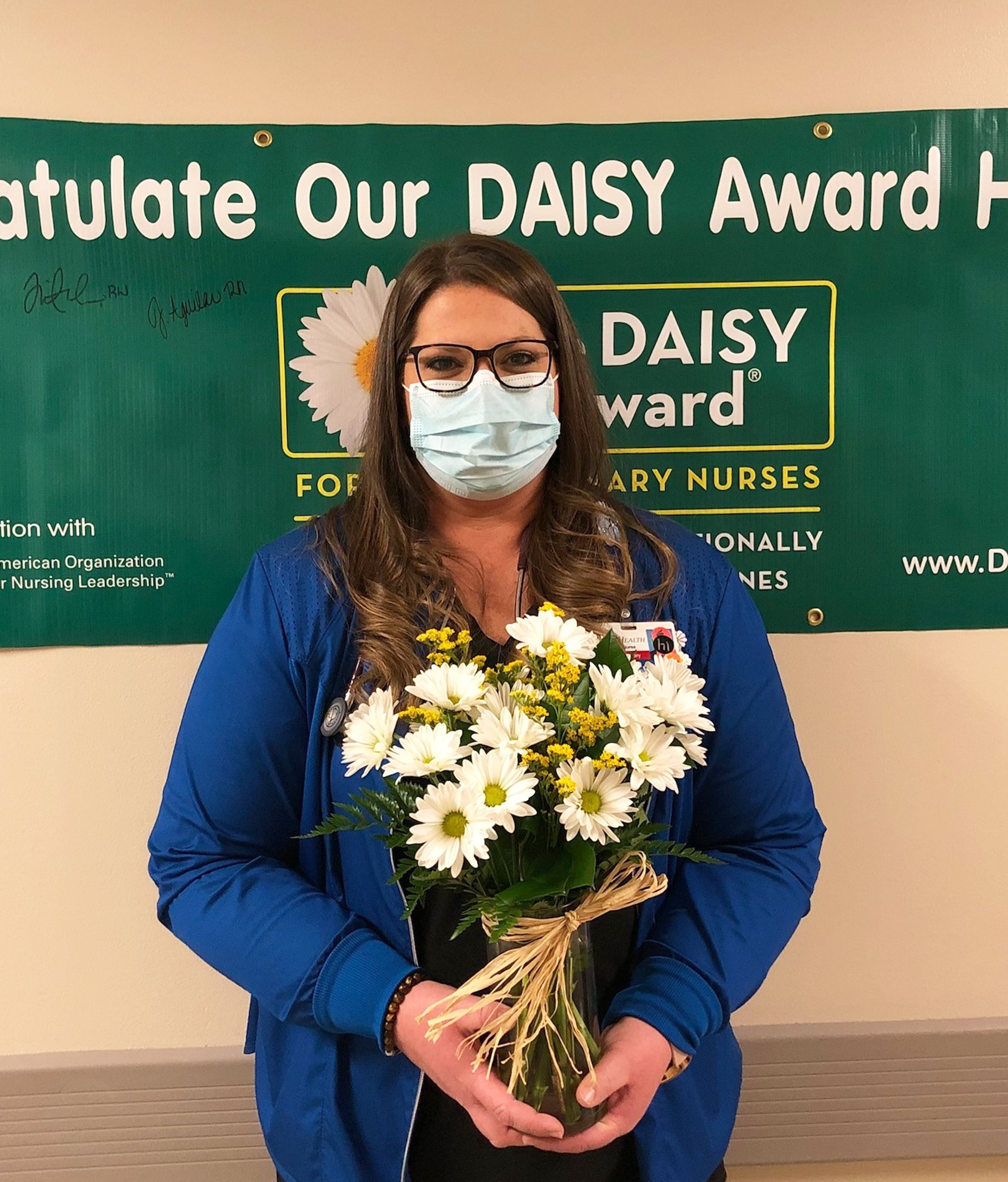 Jessica was nominated by a peer for the work she did to advocate for patients as CoxHealth adapted policies related to COVID-19. As patients were discharged to skilled nursing facilities, negative COVID-19 tests were required. Jessica advocated for the use of antigen tests to make the process easier for patients.

“This change has helped many departments and resources, especially with patient care. Outside the hospital walls, she wanted to help in her community. People homebound had no program to help them receive the COVID-19 vaccine. She reached out to her local Health Department and offered to help assist in setting up a program. The Health Department ran an ad in the local paper, and residents signed up.

“Jessica spent a day traveling around her community and helped give those vaccines. She is looking forward to another event in the future. Every day, Jessica leads with her nursing heart with the mission of 'how can I help?’ Her compassion and attitude are contagious, and we are so fortunate to have her as a nurse and CoxHealth.” 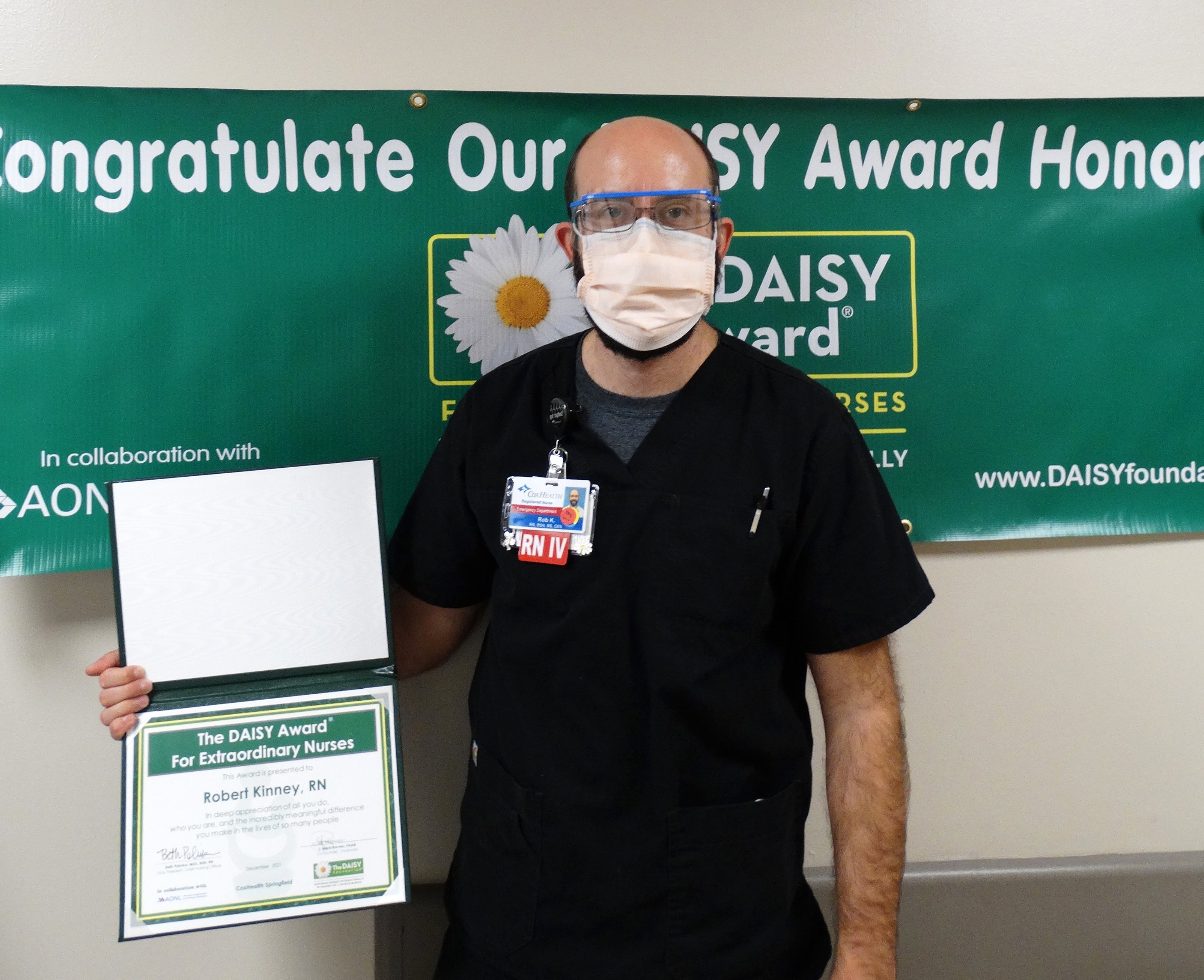 Robert was nominated by a colleague for his work in providing resources to a non-English-speaking, homeless patient.

“We worked all day trying to get the patient someplace to go... Rob is fluent in Spanish and was able to communicate with this patient. He took care of this patient all night and then stayed late to help me continue calling to look for someone to help this man out.

“After running into dead end after dead end, Rob decided to take this patient to church with him and see if this church would help. Rob said, ‘Jesus won’t let me send him to the street.’

“Rob is such an exceptional human and the absolute best nurse I have ever worked with. Rob could have just discharged this man with a list of shelters and let him figure it out on his own, but instead, he chose to help this man. This is only one small example of how Rob goes above and beyond in his job duties and is just a good person.”