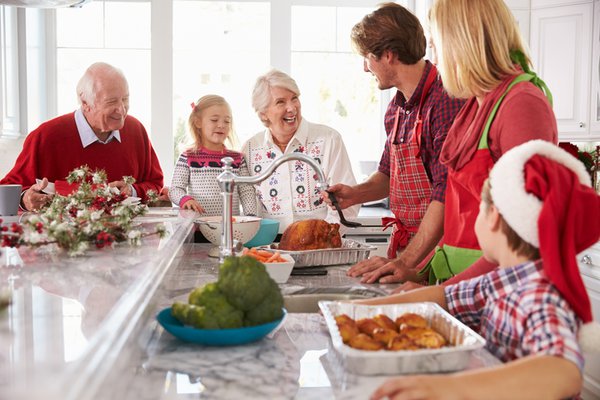 The holiday season, a time for family, friends and festivity, is here.

But there’s something not so cheery that can come along with it: Foodborne illness, which makes a spike during the winter months and especially around the holidays. Thankfully, there are things people can do to keep the illness-causing organisms from ruining the most wonderful time of the year – and the first way is especially close at hand.

“Hand hygiene is the number-one thing that we want to see and remind people to do,” says Dana Edwards, an infection prevention coordinator at CoxHealth. She notes that it’s especially important because not all germs are killed with alcohol sanitizers. “Norovirus – known as the “cruise-ship bug” – is very difficult to kill with alcohol. You want to make sure that you’re mechanically washing with friction, making a lot of bubbles and rinsing them away down the sink. Theoretically that’s removing the organisms from your hands and decreasing the likelihood of getting infected.”

But that’s not all people can do to keep from getting sick. Below, find some more tips from Edwards on how to keep this season a happy – and healthy – one.

Unfortunately, it’s easy to spread the illness-causing organisms, which can cause issues within a very short period of time.

“A lot of times the outbreak has happened before people realize it,” says Edwards, who also notes that the most common symptoms of foodborne illness are diarrhea, cramping, nausea and vomiting. There are several risk groups – including children, pregnant women and the elderly – who should take those conditions especially seriously.

“But as with any illness, if symptoms persist it is a good idea to call your provider,” reminds Edwards.