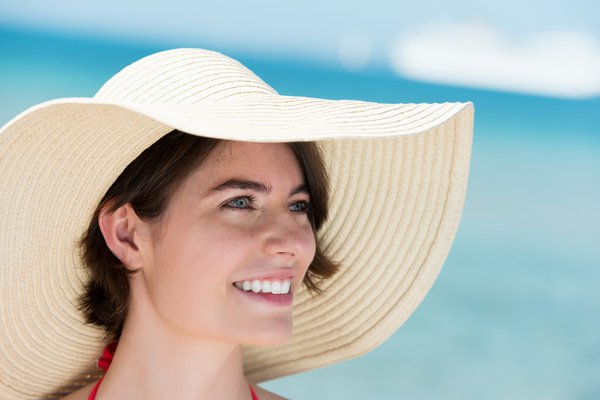 It’s easy to get caught up in the hustle of summer fun, but Cox Branson has an important reminder to slather on the sunscreen before heading outside.

Ben Morris, director of Cox Cancer Center Branson, says getting just one sunburn can triple a person’s risk of developing melanoma – the deadliest form of skin cancer.  “Sadly, more than one-third of Americans will get a sunburn this year, which explains why the number of skin cancers diagnosed each year continues to increase,” says Morris, who is also director of the medical center’s Urgent Care.

While many people are after that summer golden glow, Morris says it’s important for everyone to use at least some sun protection, although selecting the appropriate sunscreen can be tricky.

“Not all sunscreens are the same, but there are standing (standard?) labelling requirements,” says Morris, who explains that SPF is a measure of the amount of protection the sunscreen has from UVB light. “We recommend you use a sunscreen with at least an SPF 15 rating, but strongly encourage one with an even higher rating.”

Additionally, consider using sunscreens that are marked “broad spectrum” because those types provide protection from both UVA and UVB light. It’s also important to select a sunscreen labeled water resistant as those varieties retain their effectiveness after 40 or 80 minutes in the water.

Morris says despite warnings to stay safe in the sun, the number of young people developing skin cancer is on the rise, and melanoma is now the second most common cancer for 15-29 year olds. While they only account for four-percent of all skin cancers, melanomas are responsible for over 75 percent of all cancer-related deaths. Morris says while melanoma is treatable if caught early, very few patients are diagnosed in that early stage, and that’s why it’s important to closely inspect the skin.

For melanomas, there is an easy method of distinguishing a normal mole from one that could be cause for concern –  just remember ABCDE.

Asymmetry: Most early melanomas are asymmetrical which means that a line through the middle would not create matching halves. Common moles are round and symmetrical.

Border: The boarders (border) of melanomas are often uneven and may have notched edges. Common moles have smoother, more even borders.

Color: Common moles usually are a single shade of brown. Varied shades of brown, tan or black are of the first sign of melanoma. As they progress, the colors red, white and blue may appear.

Diameter: Early melanomas tend to grown (grow) larger than common moles, and generally expand to at least the size of a pencil eraser.

Evolving: Melanomas tend to grow or change in size.

Morris says it’s important to contact one’s healthcare provider if there is concern about an irregular mole. More information on skin cancer detection and treatment is available at coxhealth.com.