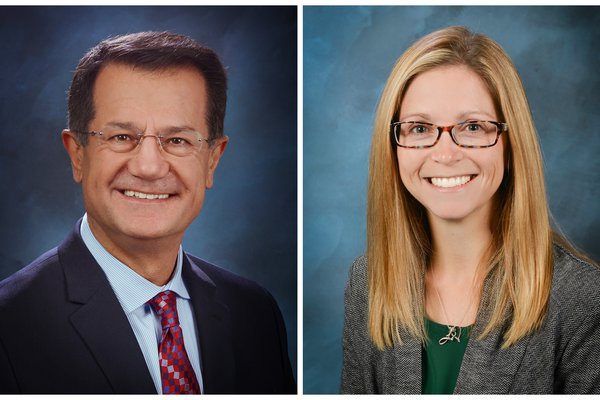 Two longtime CoxHealth physicians have been appointed as board members for the health system.

Abdalla joined CoxHealth in 2000, after serving as a faculty member at the University of Chicago, where he also did his medical training. He became director of Oncology in 2013, and oversees all of CoxHealth’s cancer-related services. Niemoth came to CoxHealth in 2008, after completing her residency at OB/GYN at the Ohio State University College of Medicine in Columbus, Ohio. She became the health system’s first medical director for Women’s Services in 2014.

Steve Edwards, CoxHealth president and CEO, is appreciative of both Abdalla and Niemoth for their willingness to serve. “CoxHealth is the place it is because of the people who build it and its culture,” says Edwards. “Dr. Abdalla and Dr. Niemoth are two examples of people who make a difference every single day here for our patients. We’re thrilled to have their insight and expertise help lead our institution at a higher level.”

Edwards also thanks Dr. Pierre Clothiaux, who is retiring his place on the Board of Directors after 10 years of service. “It has been wonderful to have Dr. Clothiaux involved with our board, and we thank him for the time and dedication he gave to the position,” he says.