Max Buetow named next President and CEO of CoxHealth 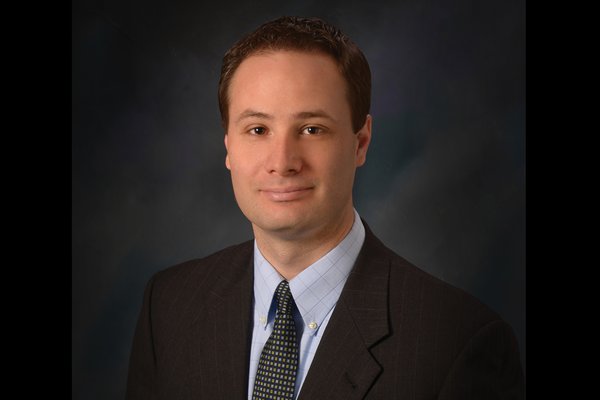 The CoxHealth Board of Directors has announced that Max Buetow will serve as CoxHealth’s next President and CEO, beginning in June 2022.

Buetow will succeed Steve Edwards, who has held the chief executive role since 2012 and is retiring at the end of May.

Buetow currently serves as Executive Vice President and Chief Operating Officer. In this role, he is responsible for leading and managing operations for CoxHealth’s six regional hospitals, defining goals and performance standards, and coordinating operations across system service lines and departments.

Prior to becoming COO, Buetow served as Vice President of Cox Medical Group – leading more than 750 integrated physicians and providers – and CoxHeath’s Neuroscience Service Line, as well as in director roles for CoxHealth’s neurological clinics.

In recent years, Buetow pioneered the development of CoxHealth’s “super clinics” – facilities that offer patients access to multiple dimensions of care in one location.

The depth of experience from these roles, as well as his vision for building on CoxHealth’s success, were key factors in the Board’s decision.

“In Max Buetow, we found the right person to continue CoxHealth’s high-level focus on patient care. He has demonstrated his passion for this organization, for our patients and for our 12,500 CoxHealth team members,” says Rob Fulp, Chair of CoxHealth’s Board of Directors. “We are excited for all he will bring to the table as we embark on CoxHealth’s next chapter. We wouldn’t be where we are today without Steve’s leadership and Max will continue to expand on the great work Steve has done.”

Buetow has worked closely with Edwards in the COO role and Edwards expressed his confidence in Buetow’s abilities to lead CoxHealth into the future.

“I am grateful to our Board for their selection of Max. He is incredibly smart and kind, and he leads with great humility. He thinks about what we may become in the next 20 or 30 years, not just what we may be next year,” Edwards says. “I deeply admire his virtues, and I am confident he will continue to advance our culture whereby we expect leaders to take care of staff, and staff to take care of each other and our community. He treats people as if they are what they can become, which causes us to rise to meet his faith in each of us.”

Buetow says he is driven by the desire to deliver the best care for patients and to build on CoxHealth’s reputation as an employer where people can perform at the top of their abilities and enjoy a fulfilling career.

“I am committed to leading with integrity, humility, and compassion, putting the interests of our patients and organization before my own,” Buetow says. “I will seek the wisdom of others and encourage open debate. I will focus on creating clear expectations and a culture of accountability, always holding myself and our team to the highest standard. Ultimately, we will bring together our individual talents and energies to produce exceptional results for those who need us the most.”

The Board of Directors unanimously approved the selection, which was presented by the Board’s nine-member search committee. The committee conducted a four-month search process, evaluating candidates and engaging national executive talent firm NuBrick Partners in the effort.

Throughout the process, CoxHealth’s internal candidates were thoroughly evaluated and compared to national CEO candidates. We found our best candidates inside our own walls.

CoxHealth is proud of our legacy of growing our own leadership talent. Since 1965, all of CoxHealth’s CEO successions have been leaders promoted from within. Buetow’s selection continues that tradition and affirms that some of the nation’s best talent can be found inside our organization.

Buetow resides in Springfield with his wife, Laura, and their four children.

Inside the selection process

CoxHealth’s Board of Directors formed a nine-member search committee to select the next CEO last fall. In the months since, the committee evaluated candidates and worked with executive talent firm NuBrick Partners.

NuBrick Partners conducted extensive interviews as well as cognitive and personality testing for the finalists. Finalists were compared with national performance standards and NuBrick Partners provided detailed input to the search committee.