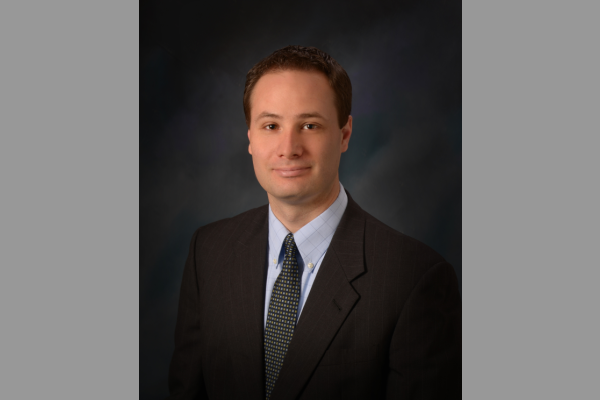 As CoxHealth’s Chief Operating Officer and Executive Vice President, Max Buetow proves that approach, attitude and dedication are traits that can make a difference regardless of the industry – and that things can work out in ways one never expected.

After all, he initially planned to build a career flipping houses.

Even though he’s not currently in the construction industry, in his new role, Max is still working to create structures and systems that benefit others. Only now, instead of one family at a time, it’s the entire region; opposed to using a paintbrush, it’s by leading processes and supporting people to make life-changing work happen.

“People are here because of their heart, and because of the work they get to do,” he says of health care. “Even for someone who spends a lot of time in email and spreadsheets, you see those glimpses of how people’s lives are changed, and that is awesome. To watch a nurse do what she does; that is one of the hardest jobs you can possibly do. There are easier ways to make a dollar for these really bright, energetic people. But they’re not there because of the money. They’re doing some of the hardest, riskiest stuff in the world because they’re here to change people’s lives. There are not many industries where you can say that’s the case.”

Max’s support of that work had a number of stops along the way, which began with a Bachelor’s degree in English Literature – “I love reading, I like the written language, I like communication,” he says – which led him to pursue a Master’s in Business Administration. Halfway through the latter program, an opportunity came to relocate to Springfield with his wife, where he finished his MBA at Drury University. He also started flipping houses, which proved difficult in the middle of the Great Recession.

“There were six-month time periods where I never took a check. I went to work every single day, but just didn’t draw any pay,” he says of an effort to ensure that others working for him received what they were due.

Eventually, in light of the arrival of his first child, he and his wife decided another plan was required. He needed to find a more conventional job, but at the time, that was easier said than done.

“I looked for eight months and couldn’t find anything. I worked at a storage unit part time to just make money,” he says. “I applied for two or three jobs every single day. It was a really tough time to find jobs; unemployment was, at the time, in the double digits.

"I remember praying, ‘Lord, give me any job, I’ll do anything, I just don’t want to work in manufacturing.’”

An answer came: He was offered a job as second-shift supervisor -- in manufacturing, an industry he grew to love.

Although perhaps an unlikely connection, that opportunity in a Wichita bakery ultimately offered him more than a job. He learned a pivotal lesson, he says, that stays with him today: That it is far more important to be proactive than reactive when it comes to leadership.

That lesson came because of an oven, which kept malfunctioning. The team figured out a workaround that kept production moving, which Max saw as success, especially since productivity goals were being met. But when the general manager came by one night and saw what was happening, he said something that would stay with Max forever.

“He goes, ‘What are you doing?’” recounts Max, sharing what his boss next said: “Your job is to make sure that conveyor belt never breaks down again. You’ve got to be proactive versus reactive.”

Those words resulted in an entire mindset change.

“I think in health care we tend to get stuck in ‘reactive,’” says Max. “We work incredibly hard and we expend a lot of energy and talent, but if we would just step back and pre-plan and say, ‘Let’s understand what to do so it never goes down again,’ people’s lives get a lot easier.”

Two years after he went to Wichita, a phone call changed his life. A mentor he met in Springfield through his MBA program – and a leader at CoxHealth – asked him to come interview with the health system.

“He said, ‘I want you to come look at this job at CoxHealth to be the director of our neurological group,’” recounts Max, who told the leader that the plan didn’t make sense. “I told him, ‘I make hot dog buns for a living. That’s not a good fit.’”

But persuasiveness won out, and Max came for an interview – and was offered the job. The opportunity ultimately led to his previous role as Vice President of Cox Medical Group in 2015, where he oversaw more than 80 clinics and 2,000 employees throughout the region.

He takes those efforts to the next level in his new role as COO and Executive Vice President, through which he leads all of CoxHealth’s hospitals. It’s a position from which he will continue using the lessons he’s learned to anticipate needs and change, so the organization can be ready. That effort, he says, requires teamwork.

“To me, the team is always more important than the individual,” he says. “As a leader, I want to create the team and the culture where collaboration allows our strengths to work together to make things the best they can be.”

Ultimately, it’s all part of the common vision: To be the best for those who need us, and to support all of the employees, working together as a team, to make that happen.

“I’m never going to lay hands on a patient; no patients are ever going to thank me for saving their lives,” he says, “but you’re just that close to life-changing, life-altering moments every single day. I take a lot of solace when I drive by our hospitals in the middle of the night and see the lights on; they are open 24/7, 365, no matter what the emergency is. There is a safety and comfort in that.”