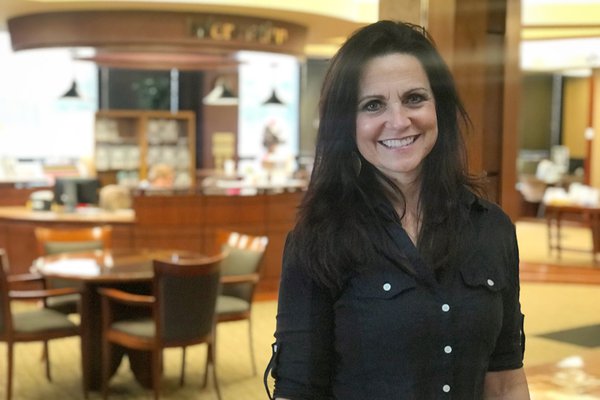 One day, just a few weeks ago, Marla Lucas was sitting in the waiting room at CoxHealth’s Breast Care Clinic. She was there for a test – a screening mammogram – but decided she really didn’t need to be there.

She didn’t have symptoms of breast cancer, and felt fine. Healthy eating and exercise have long been part of her life. Her previous mammogram was clear. There isn’t a history of breast cancer in her family.

She probably didn’t need a mammogram, she thought.

“I was in the office and almost canceled my appointment,” she says. “I was raised that you don’t need to go to the doctor unless you’re sick...very sick!”

So she picked up her purse, and decided to leave. Before she made it to the door, however, Marla changed her mind.

That decision was a good one: The mammogram revealed that she had a mass in one of her breasts. Even though it was around the size of a golf ball, she says, the tumor was completely undetectable to her.

“You always think it’s going to happen to somebody else,” says Marla of the surprise discovery. “I wasn’t really prepared.”

The next few weeks were filled with a variety of tests and procedures. Just a few weeks out from surgery, Marla is still completing her course of treatment and will soon begin radiation therapy.

While it wasn't a diagnosis one would want, Marla was glad the mammogram caught the mass when it did – because sooner rather than later gave greater options.

“I didn’t want to have to tell my children about this diagnosis, but I was glad to tell them that I caught it early,” she says. “That gave me a much better prognosis, and allowed me more choices when it came to treatment.”

Marla is now an advocate for annual mammograms. She says several friends have already come in for one since her diagnosis, and would encourage other women to do the same.

It’s a decision that can ultimately benefit them – as well as their friends and family.

“This is not just your journey, it’s your family’s journey,” she says.