Linda's story: Women must be vigilant about their health 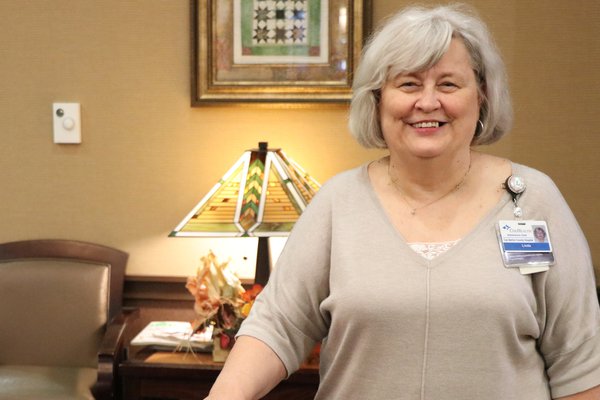 While sitting in her physician’s office, Linda Humes’ husband mumbled seven words that she never thought she would hear, “Do you think this is cancer, doc?”  Right then, she remembers she thought, “This does not happen to someone like me; this isn’t real.”

The year 2010 changed Linda Humes’ life forever. That was the year a routine screening mammogram led to a diagnostic mammogram, which revealed a spot that needed further investigation. The next step was an ultrasound and biopsy. Soon after that, she received news that her biopsy had come back positive.

Luckily, the cancer was found early and in only one breast. Humes opted to have a double mastectomy at Cox South, and with clear margins, no radiation or chemotherapy was needed.

“Keeping on schedule to have a screening mammogram yearly saved my life,” she said.  “Since I did not feel a lump, the mammogram was the only way cancer was first detected.”

Humes, a 10-year employee in Admissions at Cox Barton County Hospital, encourages women to very vigilant about their health, especially as they get older. Her breast cancer was found when she was 60 years old.

“See your physician yearly and make sure you do not put off getting a mammogram,” says Humes. “I understand how busy life can be.  I am living proof that mammograms saves lives—I know that because I’m here today.”

Humes will wrap up her time at the hospital on Nov. 15, when she is set to retire. Upon retirement, Humes said she plans to catch up on her sleep and rest, take up painting stained glass again, and looks forward to cleaning and decluttering. But, the most important thing she plans to do is spend time with her children, grandchildren and her husband of 52 years.

Cox Barton County Hospital wants to make it convenient for women to get a screening mammogram. During the month of October, mammograms are available on a walk-in basis at the hospital, but patients must have an order from a provider.