Food for Thought: Is coconut oil actually good for you? 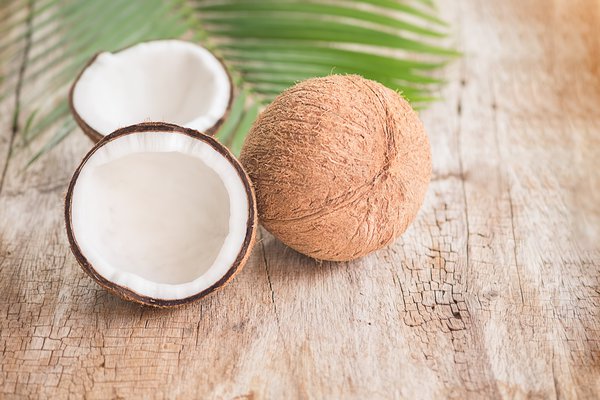 With multiple health claims -- including weight loss, better digestion and disease prevention --  coconut oil has become popular over the last few years. In fact, a survey was completed to see if Americans think coconut oil is “healthy” and 72 percent of Americans said that it is -- but only 37 percent of experts in nutrition responded the same.

Coconut oil is high in saturated fat (86 percent of its calories are from saturated fat!) and that's something we have been told to decrease. After all, high saturated fat is associated with increasing low-density lipoprotein (LDL) cholesterol, which is the “bad” cholesterol in the body.

In the end, however, are coconut oil's health claims really true? Is it actually good for you?

What is coconut oil and where is it from?

Coconut oil is used for cooking purposes by thousands, as it has a delicious flavor and can help add more variety to meals like Thai and Indian dishes. It is also commonly used in ketogenic and Paleo diets. When cooking, refined coconut oil can be used to cook at higher temperatures than unrefined coconut oil, as it has a higher smoke point.

Additionally, this oil may potentially help control several chronic diseases, including heart disease, diabetes mellitus, irritable bowel syndrome (IBS), and Crohn’s disease. The oil comes from the nut of the coconut palm, and overall, isn't processed in any way. It consists of vitamin and mineral traces, as well as plant sterols, which are structures similar to cholesterol in the blood.

Another benefit of coconut oil includes increasing high-density lipoprotein (HDL) cholesterol, which is the “good” cholesterol in the body. HDL is shown to have protective effects against strokes and heart attacks.

Additionally, it may help boost energy levels, improve immune system function and digestion, and help with arthritis pain. Studies have shown that coconut oil contains medium-chain triglycerides (MCTs). These are shorter fats that the body is able to quickly absorb and use for immediate energy.

Should you use coconut oil?

In conclusion, coconut oil has multiple health benefits when consumed. However, one should remember to use it in moderation, especially considering its high saturated fat content in comparison to other oils such as olive.

It is important to remember that all individuals have different nutrient needs, so recommendations for coconut oil consumption will vary. Further research is still being conducted to confirm additional health benefits associated with coconut oil usage.

If you’ve never tried coconut oil, here’s a recipe to get you started: