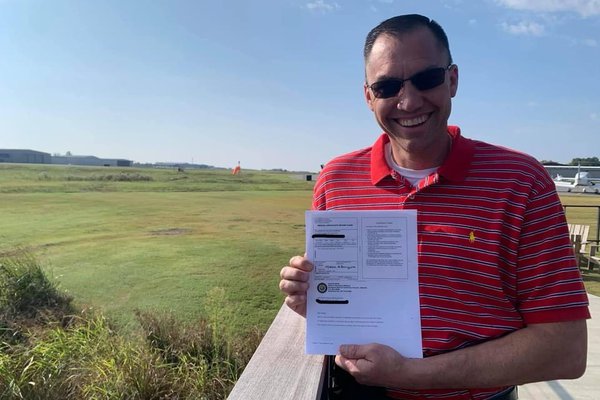 Recent months have led to a variety of unexpected moments, many of which were not chosen, nor brought joy. But for Mathew Michaelson, last year literally gave flight to one of his life goals: Becoming a second-class pilot, a designation that would allow for commercial work. It was previously impossible because of Federal Aviation Administration (FAA) regulations due to his being diabetic and insulin-dependent.

This year, however, a change in FAA regulations for patients with well-managed diabetes – and dedicated teamwork of several CoxHealth providers – paid off. In September 2020, Mathew is believed to have become the first pilot in the nation with insulin-treated diabetes to receive a second-class medical certification.

Mathew’s desire to become a pilot began as a child.

Even after Mathew took a job at a local police department, his plan was to eventually take over the family business in Branson. That idea, however, came to a screeching halt in 1998, when he began feeling ill. At the time, he thought it was just a sinus infection. But after visiting his physician, he learned it was much more serious. Tests revealed a blood sugar level of 998, and a diagnosis of diabetes.

This news was devastating. Especially years ago, challenges in managing diabetes, and resulting safety risks, led some occupations to be difficult or impossible for individuals with diabetes to pursue. Truck driving is one; flying is another; and so are occupations that might require use of a firearm.

As a result, the diagnosis resulted in Mathew losing his ability to fly, and also his job as a police officer.

Instead, while he couldn’t fly passengers, he began managing the family helicopter business, a role he held until 2005. But without a transition plan in place, the family made a decision they hadn’t wanted or planned to make.

“What my folks did for a business, I could not take over,” says Mathew. “So they ended up retiring and selling the business.”

Around that time, Mathew and his family moved to Louisiana, and he began working in helicopter operations by taking on specialized projects, training pilots, and flying as was allowable under a third-class medical certification.

But flying commercially always remained a hope and goal in the back of his mind.

That desire was long known to Dr. Randall Cross, with CoxHealth Aviation Medicine, who began treating Mathew in the late 1990s. Dr. Cross assisted Mathew in getting his first third-class medical certificate as an insulin-treated diabetic, which allowed him to fly for pleasure or personal business, but not for hire.

In addition to ongoing communication, exams and tests each quarter for more than 20 years to keep the third-class medical, Mathew and Dr. Cross began regularly submitting paperwork necessary to try and change Mathew’s certification to second-class, as they anticipated the federal regulations would eventually evolve as treatments for diabetic patients became more precise.

“In this day and age, with such good care of diabetics and such good technology, they can live a life that’s normal, and just like everyone else,” says Dr. Cross of patients with diabetes. “I don’t see any reason, if you have a highly motivated individual, why they couldn’t function in society just like anybody else that doesn’t have diabetes.”

Eventually, Dr. Cross got word that the regulations would soon shift, and the duo began looking forward with cautious optimism that Mathew would meet approval to change his designation.

In September 2019, the news came that the rules were officially going to change – but it didn’t mean that Mathew automatically qualified to upgrade his designation.

Enhanced requirements made additional certifications from other health care providers necessary for pilots to be approved. Ultimately, due to these requirements, CoxHealth providers Dr. JonBen Svoboda and Kelley Jenkins, nurse practitioner, both at Adult Medicine and Endocrinology Specialists, and Dr. Stephen Kuehn, Interventional Cardiology, also quickly saw and certified Mathew’s health to allow the application to proceed.

“I have always felt that too often society views diabetes as a disability but with the technology advances we have at our disposal today this is not true and diligent diabetics can safely operate to their fullest potential,” says Jenkins. “I know that Mathew and I have met multiple times and will continue to meet to ensure that his diabetes remains well controlled and meets the regulations set by the FAA. Although it can be a difficult task sometimes, Matthew has been an exemplary patient who always makes sure he is doing his part of this team effort.”

Yet, as time ticked on, a few pilots were processed, but none for second-class certifications. In February 2020, Dr. Cross attended an FAA meeting in Atlanta and spoke with Dr. Michael Berry, Federal Air Surgeon, about Mathew’s application.

“I got to catch Dr. Berry by the arm before he went up to give a speech, and I said, ‘Dr. Berry, could you please look at this pilot’s record? I’ve been appealing this for years,’” recounts Dr. Cross. “He said, ‘I’ll look into this when I get back to my office.’”

Dr. Cross heard back with the affirmative: A few more applications would be processed soon.

“I was told through the Office of the Federal Air Surgeon in Washington, D.C., that Mathew was number 7 on the list of pilots being considered under the new protocol,” says Dr. Cross, noting the ranking was out of 350 applicants.

Finally, the day came: On Sept. 25, Dr. Cross received an email from Dr. James DeVoll, deputy of the Medical Specialties Division of the FAA. Mathew had been authorized for second-class certification.

The news, however, soon sank in. Mathew called his wife, and was so excited she couldn’t even initially understand what he said. He knows that it’s a moment he will always remember.

Looking forward, Mathew will still work with Dr. Cross and other providers to maintain his new certification, something he says he’s grateful for.

“There’s a whole lot to this,” he says. “So everyone’s help and diligence really is tremendous effort and favor for me. Because if they didn’t do it, I wouldn’t be sitting here.” 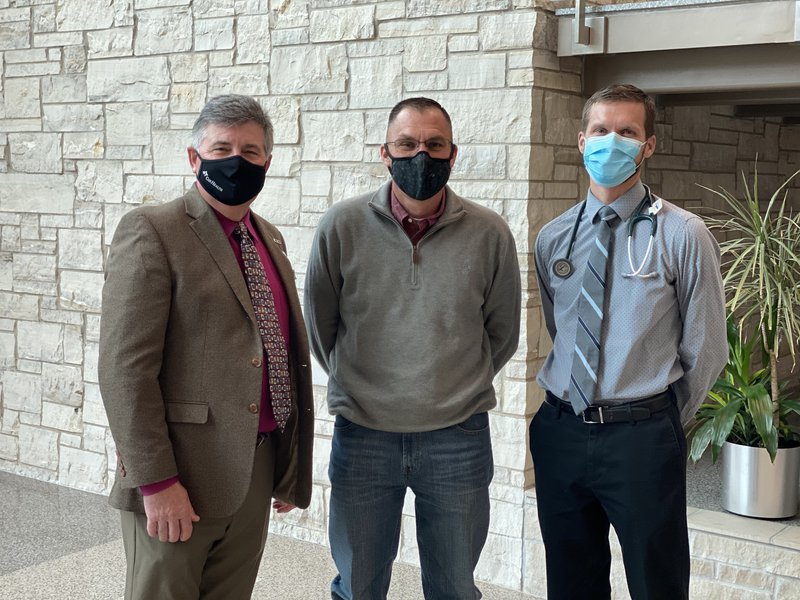