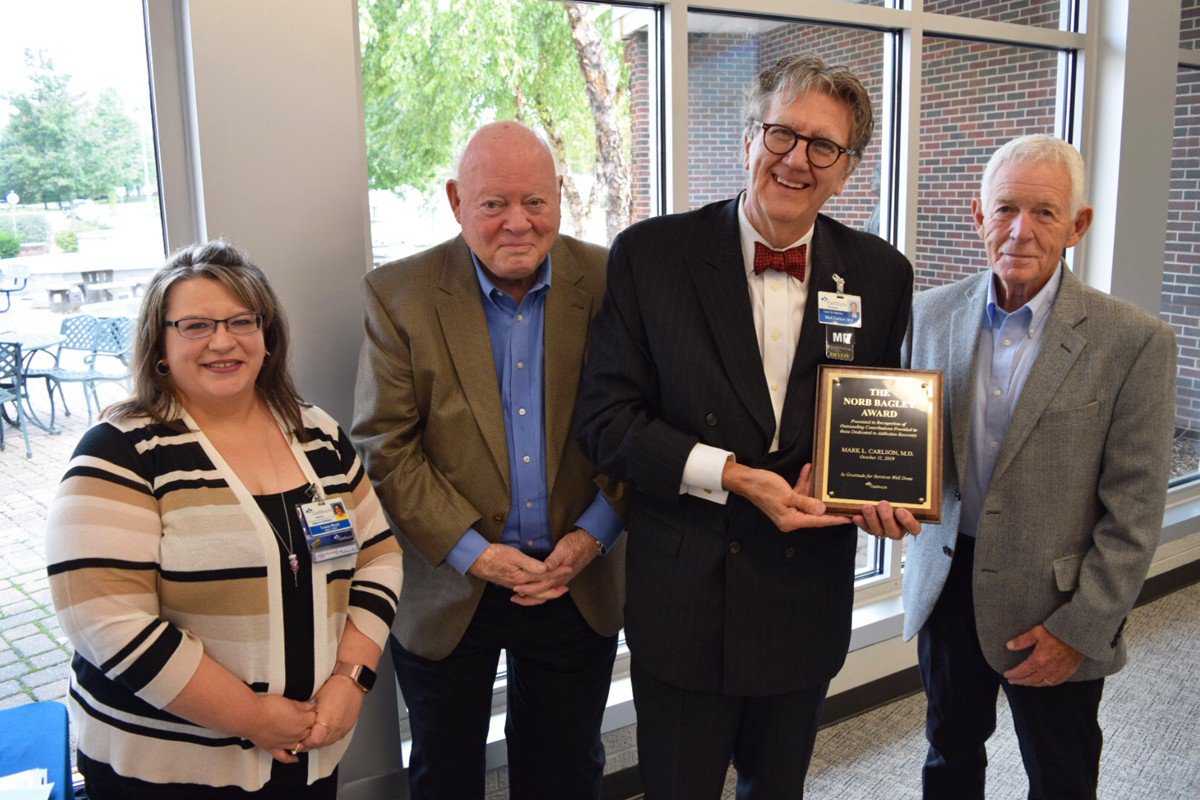 "Dr. Carlson is known for his caring manner with patients and families who are struggling with addiction," former CoxHealth administrator Norb Bagley said during the award presentation. "He is an inspiration to others. He leads by example and he personifies the CoxHealth vision of being the best for those who need us."

The award was presented at a seminar co-hosted by Center for Addictions and Hazelden Betty Ford.

The Norb Bagley Award is named for former CoxHealth administrator Norb Bagley, who oversaw the creation and development of Center for Addictions in 1984.

The award is the brainchild of Dr. Richard Haymes, who served as Center for Addiction's first psychologist and returned to end his career at the center, retiring in May 2019.

The Norb Bagley Award will be presented annually to an individual or entity that has supported the mission of Center for Addictions through their outstanding contributions to the program.