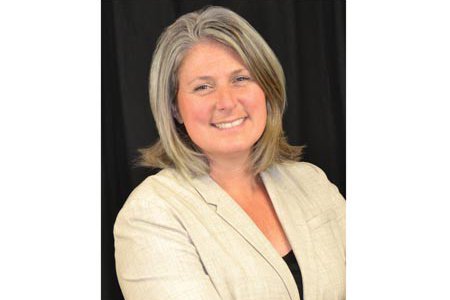 After a nationwide search, the trustees of Cox College are pleased to announce that Dr. Amy DeMelo has been chosen as the college's next president.

"I am honored to have been given this great opportunity," says Dr. DeMelo. "This is an exciting time to be involved in health care and education, and I'm looking forward to being involved in the many opportunities ahead of Cox College. We have a wonderful group of people dedicated to making a difference for our students and the community as a whole, and I'm privileged to be part of those efforts."

While she's new to the role, Dr. DeMelo is a familiar face at Cox College. She has served as the college's vice president for Academic Affairs since 2014, and has led the institution through significant development. Two particular examples include growth of the Master of Science in Nursing and the Master of Occupational Therapy programs, which attract students nationwide. She has also developed the region's only night and weekend program for students seeking to earn an Associate of Science in Nursing degree, which is set to begin in January 2018.

Dr. DeMelo will lead Cox College through a time of great renewal at the institution.

A landmark in the Springfield community since 1907, the college is actively working towards realizing a $6.6 million capital campaign, which will completely revitalize the campus through renovated classroom space, new equipment and greater learning environments. One of Dr. DeMelo's key goals is to increase enrollment, which will ultimately benefit the region by helping supply more health care professionals locally.

"We are very excited about the ideas and initiatives Dr. DeMelo will champion in her role as president of Cox College," says Jan Harris, chair of the Cox College Board of Trustees. "We wanted to find the perfect candidate for this position, and even though we looked across the country to find the right fit, we were blessed to find the right person already here at Cox College."

Dr. DeMelo's influence on Springfield's educational community goes back even further than her time at Cox College.

From 2007 to 2014, Dr. DeMelo served as the director of Springfield Catholic Schools (SCS). While at SCS, Dr. DeMelo helped Springfield Catholic High School become nationally recognized as one of the top 50 in the country. She also led a $13.9 million dollar renovation and expansion of the high school campus, and added a three-year-old preschool program to the school system.

On a personal note, Dr. DeMelo was raised in southern New England. She has degrees in history and administration, as well as an Ed.D in Educational Leadership and Policy Analysis from the University of Missouri-Columbia. She was selected as one of the Springfield Business Journal's Most Influential Women in 2010, and is an alumna of the Leadership Springfield Class 24.

Dr. DeMelo lives in Springfield with her three children.