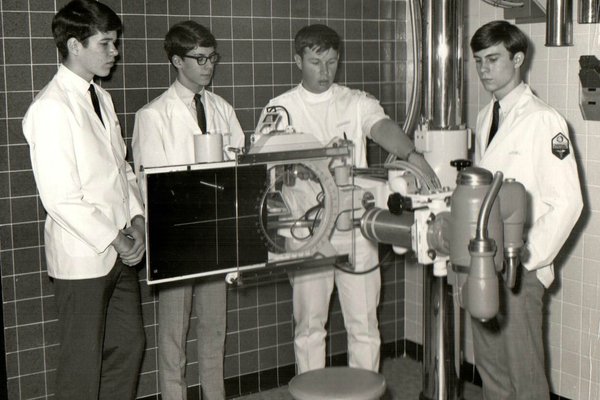 When CoxHealth’s Medical Explorers post was organized in 1968, the program allowed 14 students to experience what working in a hospital was like by shadowing in a variety of departments.

In the 50 years since, the program – which is the largest in the country – currently includes more than 330 explorers. Many of its former members work at CoxHealth in various positions, as well as other roles in health care – even as surgeon general of the U.S. Air Force.

“A little thing like hearing about a Medical Explorers post and deciding to check it out can actually lead to a series of events that take you somewhere you never thought you would go,” says Lieutenant General Dr. Mark Ediger, surgeon general of the U.S. Air Force, who had his first look at medicine while as a Medical Explorer at CoxHealth. “If somebody had told me when I was an explorer that I would end up being an Air Force physician for 32 years, I don’t think I could have fathomed it.”

On July 28, past and current explorers are invited to a reunion celebrating the program’s 50 years at CoxHealth. The event, scheduled from 2 – 4 p.m., will be held in Foster Auditorium at Cox South. Cake and other refreshments will be served, and mementoes will show the progression of the program.