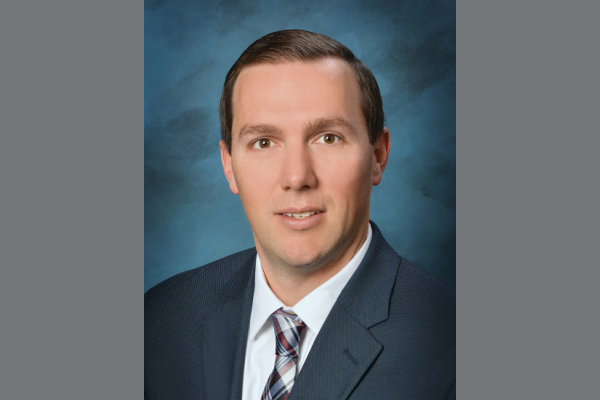 As CoxHealth continues to strengthen its work in rural health care markets, the system is pleased to announce a new vice president of its Community Hospital Group (CHG) has been chosen to help coordinate those efforts.

Matthew Turner has been with CoxHealth since 2017 and formerly served as the System Director of Radiology. In his new role, Turner is a liaison for system directors and CoxHealth’s community hospitals in Branson, Monett and Lamar. He assumed his new role on July 26.

“Matt is a great guy who will bring a lot of wisdom to his new role,” says William Mahoney, president of Cox Branson and senior vice president of CHG. “We know he’ll help us keep our momentum going in rural areas, and we’re excited to watch him grow with us.”

Turner works with presidents from CHG hospitals to track and manage key performance indicators, and also lead the therapy departments at those campuses.

“I am honored and excited for this Community Hospital Group role,” says Turner. “In my time as System Director of Radiology, I have had the opportunity to collaborate with CHG campuses on a variety of initiatives, which were met with strong engagement and pride for quality patient care. I look forward to building additional relationships in CHG communities and advancing CoxHealth services.”