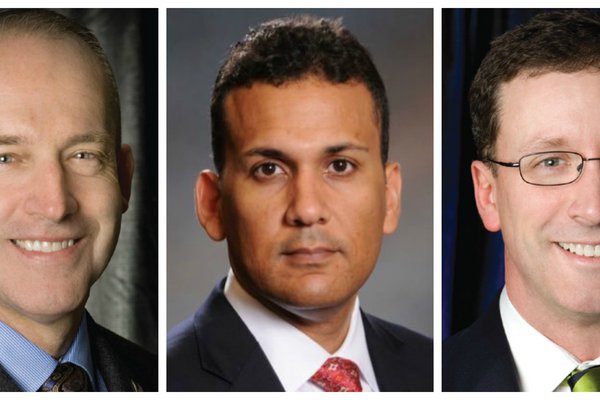 CoxHealth is pleased and proud that three of its professionals have been appointed to statewide leadership positions by Gov. Eric Greitens.

Eric Clay, system director of Public Safety and Security, has been appointed to the Homeland Security Advisory Council. Clay is also a reserve lieutenant with the Christian County Sheriff’s Office and has provided security services to a diverse group of clients in 35 countries. According to the Missouri Department of Public Safety’s website, he will assist the council in reviewing state and local security plans and grant funding requests, and make recommendations for changes to better protect Missourians.

Dr. John Buckner and Dr. Jose Dominguez, surgeons at CoxHealth, are now members of the Missouri Veterans Commission. The website also notes that the commission is a state agency established by Missouri statute to aid all veterans, their dependents, and legal representatives by providing information regarding the rights of veterans and their dependents and to assist veterans accessing their available benefits through state and federal government.

Dominguez is a retired Lieutenant Colonel and in the Missouri National Guard and the United States Army Reserves. He is also a member of the Veterans of Foreign Wars, and the Reserve Officers Association.