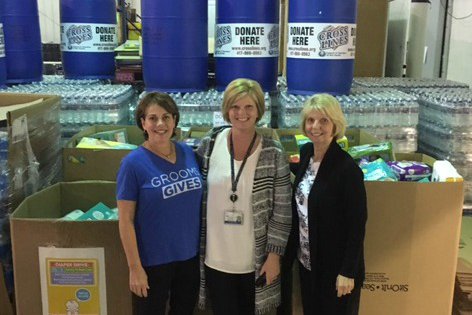 This year, thanks to the generosity of people throughout the Ozarks, more than 25,000 diapers were collected. However, besides the ones given by individuals during the drive, CoxHealth is donating 32,000 additional diapers to the Diaper Bank of the Ozarks – bringing the total to approximately 57,000 diapers.

“It’s exciting and rewarding to know that our employees and community are willing to help those in need,” says Donyta Upton, manager of The Women’s Center at CoxHealth. “This will be a huge benefit to many Ozarks families.”

Donated diapers in all sizes have been distributed to Diaper Bank of the Ozarks in Springfield, Monett Community Kitchen, Kornerstone in Shell Knob, First Presbyterian Church in Mt. Vernon, and Jesus Was Homeless in Branson. The organizations then distribute the diapers to local families in need.