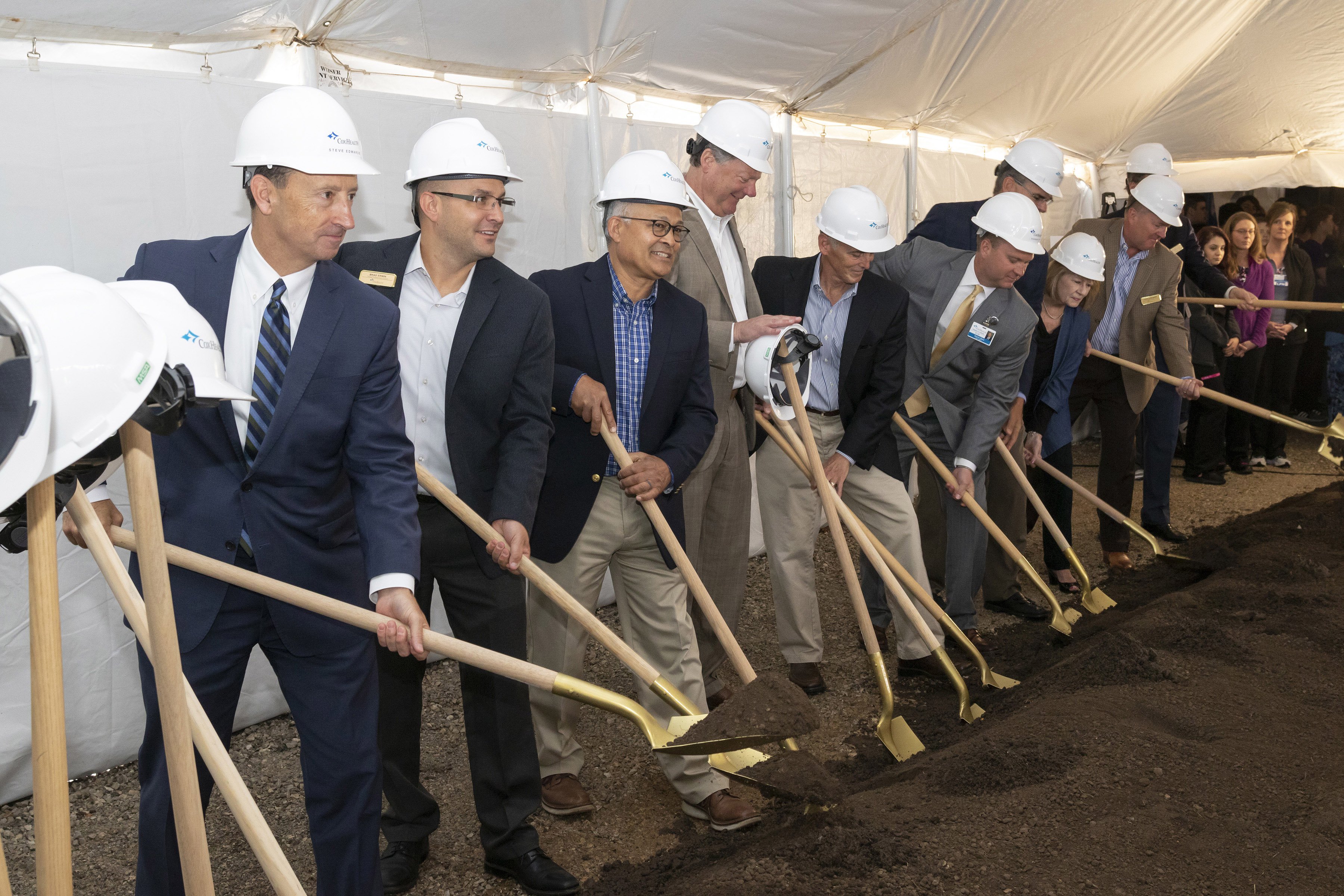 Mid-morning on May 1, CoxHealth and community leaders made Monett history by breaking ground on the new Cox Monett Hospital.

The $42 million facility, which is set to take around two years to complete, replaces the current hospital that was built in 1953 – and reaffirms CoxHealth’s commitment to providing health care in rural areas.

“In this era when many rural hospitals are closing, we’re thrilled that we’re moving forward to provide an even greater level of care for individuals and families in the Monett area,” says Darren Bass, president of Cox Monett. “This is a fantastic moment, one we believe will make a difference in this community for years to come.” 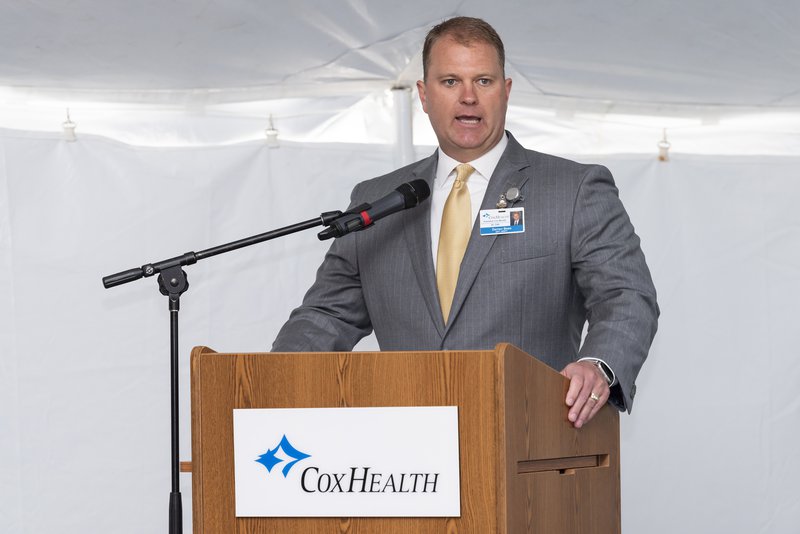 The new 75,000-square-foot facility will be situated along Highway 60 on the eastern edge of Monett. When complete, it will continue as a full-service hospital with an enhanced Emergency Department, multiple operating rooms, Labor and Delivery, and an attached office building that will house physician clinics and 40 exam rooms.

During the groundbreaking ceremony, Bass gave remarks. Additional comments were made by Steve Edwards, president and CEO of CoxHealth; Jack Prim, Cox Monett Advisory Board member, co-chair of the hospital’s momentum campaign and community leader; and Lisa Alexander, president of the CoxHealth Foundation, who is leading fundraising for the project.

“While CoxHealth is funding the vast majority of this project, a percentage of the total cost is reliant on donor support,” says Alexander. “We are excited to announce today our Momentum Campaign and $1.5 million dollars already committed to encourage the community to see the great value placed on the future of health care in this region.”

Cox Monett Hospital began in the 1920s, and prior to joining CoxHealth in 1993, was known as St. Vincent’s Hospital. It is one of CoxHealth’s two critical-access hospitals. The other – Cox Barton County Hospital – is located in Lamar. 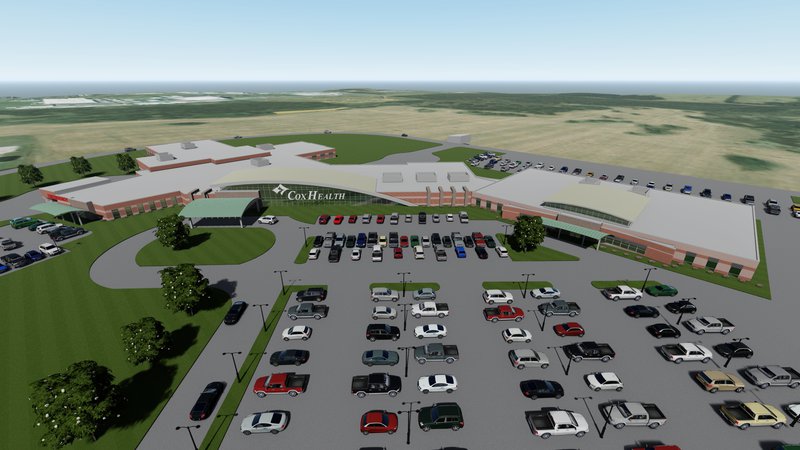 A rendering of the new Cox Monett Hospital.