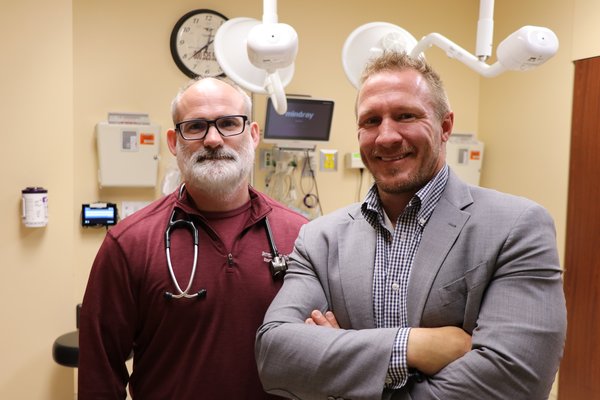 The men's national basketball team of the United States won gold in the 1992 Olympics. It was nicknamed the "Dream Team" because it was the first American Olympic team to feature active professional players.

The team, put together by Dr. Jeremy Sturgell, medical director of the Cox Barton County Hospital’s Emergency Department, could potentially be one of the best critical access hospital ERs across the country.

“Certainly when we first started recruiting for physicians, it had its challenges,” says Sturgell. “We were very specific in the qualities and skills needed, and we never wavered during the recruiting process to get exactly what and who we needed.”

During the recruitment process, Cox Barton County struggled to try to get ER-trained physicians to give the critical access hospital a look.

“Trying to get them to visit here was half the battle,” he says. “Once they arrived, they could see this was going to be a great place to practice medicine.”

Some of the qualities Dr. Sturgell was looking for and was not willing to compromise on during the recruitment process were finding physicians who were interested in getting to know their patients and seeking out those who were passionate about rural emergency medicine.

In the end, the "Dream Team’" of all board-certified ER physicians was assembled and included quite an impressive pedigree.

‘It’s going to be hard to find an ER medical staff of this caliber in another rural community,” says Chris Wyatt, president of Cox Barton County Hospital.

In addition to recruiting highly-trained physicians, Wyatt says the hospital has been successful in recruiting certified emergency room nurses, committed to upgrading equipment in ancillary departments, and recently became a certified stroke center. Cox Barton is the only hospital in a 25-mile radius to achieve this prestigious honor, which is already proving to save lives.

“Access to emergency care needs to be timely if you’re having a heart attack, stroke, or another serious issue,” says Sturgell. “We’re a very fortunate community that quality emergency care is close by. Many people are living in rural areas across the country who would give anything to not have to drive long distances for care.”

Cox Barton County’s “Dream Team” of ER physicians, stroke center designation, and reduced patient wait times, are keeping the rural ER busy these days. With the increased numbers, many people are choosing to seek care locally who may have driven further away in the past.

“We have some of the best staff and physicians in a highly functioning emergency room that I have ever been a part of,” says Sturgell. “We talk a lot about doing the right thing – this was absolutely the right thing to do for our community.”