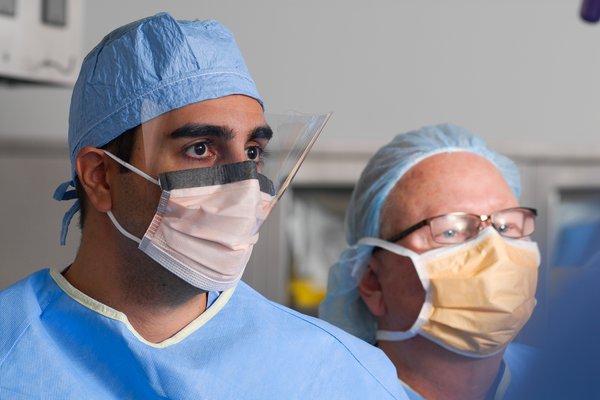 With its farm fields and quiet backroads, the small Missouri community of Monett is a picturesque example of Ozarks small-town life.

Awash with hometown charm, the stop offers a lot – but the glitz and glamour of a busy city aren’t on its list of amenities.

Some might see that fact as a negative. However, it’s exactly what attracted Dr. Armin Kamyab to Cox Monett, where today he serves as Chief of Surgery.

“I always knew I wanted to go to a small town,” he says from his office at Cox Monett. “This is what I always wanted. It was really a breath of fresh air.”

Dr. Kamyab has had plenty of experience within metropolitan areas. He grew up in Paris, France and Toronto, Canada, and completed his surgery residency in Detroit. When he was ready to put practice into action, he intentionally searched for a small community in the heartland of the United States where he could make a difference – and he found Monett.

“From the moment I interviewed here, it was just a good fit,” he says. 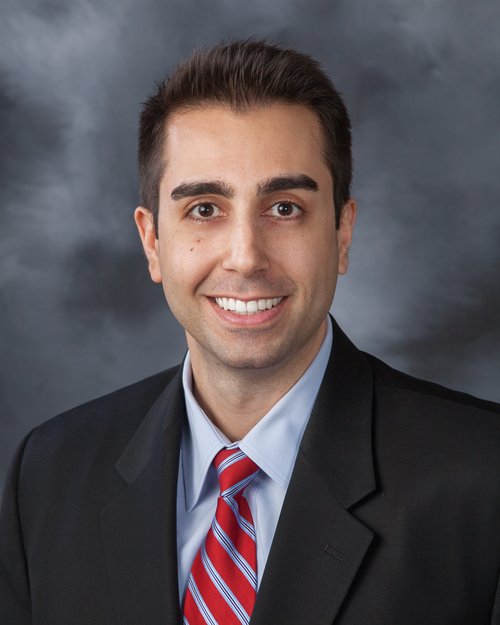 Over the three years he’s been at the hospital, he’s become ingrained in the community. Locals see him for various surgeries that many would not usually expect to be done at a rural hospital, including breast cancer, thyroid, and endoscopy-based procedures. “I see a little bit of everything,” he says. “I just see the whole spectrum of things.”

Dr. Kamyab’s choice of Cox Monett is especially valuable in today’s world, when rural surgery and medicine are fields that desperately need physicians. Since he practices as a general surgeon, he’s able to offer a wide variety of services at the hometown hospital and keep locals from having to travel for health care.

“For a lot of patients, it’s not always easy to get the care that they need,” he says, citing difficulties such as transportation challenges. “It’s nice for patients to have the option to have a lot of things done for them here.”

Even though he feels at home in Monett, Dr. Kamyab still is inspired to be a member of the global community. He speaks three languages – English, Farsi and French – and is an avid traveler. To date, he’s visited 48 countries, and next on his list Indonesia. He’s also an author: “How to Study in Medical School,” a book for students, was first published in 2008, with a second edition that was published in 2011.

When he’s not traveling or at work in Monett, he takes trauma surgery call at Cox South and helps cover general surgery call at Cox Branson. He otherwise keeps busy with small-town life. He has a garden, he says, and a Maltipoo named Gordy. He even has a pet chicken named Toni, a painting of whom adorns his office wall.  “I think by now, everyone knows about Toni the chicken,” he says with a laugh.

That personal interaction illustrates the reason small-town medicine can be so rewarding.

“You really feel like you’re making a difference,” says Dr. Kamyab. “You see the effect of your work.”