Bev Eli reflects on 41 years of service to CoxHealth

On Nov. 18, registered nurse Bev Eli will officially retire after more than four decades of service to CoxHealth.

Bev, administrative director of nursing at Cox Monett, is a highly respected leader who is fiercely dedicated to her work and is passionate and devoted to patient-centered care. These passions have always been a core part of Bev’s personality and beliefs, and through her roles at CoxHealth, she was able to use them as fuel to grow a career that made a difference to countless patients, hundreds of colleagues and several communities.

Bev graduated from the Burge School of Nursing (now Cox College) in 1979. As long as she can remember, nursing is all she has ever wanted to do.

"I started my career working at Cox North because Cox South did not exist at that time," she says. "I worked as a float nurse early on in my career, which provided me with a wide variety of hands-on experiences."

Over the years, Bev would go on to hold various nursing management positions throughout CoxHealth. But one particular conversation eleven years ago stands out in her mind like it was yesterday. Her manager at the time, Connie Deck, invited her to go to lunch one day, so Bev graciously accepted the invitation with curiosity. Connie would go on to present her with an opportunity to serve as the interim director of nursing at Cox Monett.

At that time, Bev was the nurse manager of the orthopedic unit at Meyer Orthopedic and Rehab Hospital. She enjoyed her job and the people she worked with, but after thinking about the opportunity overnight, she agreed to accept the position the next day. 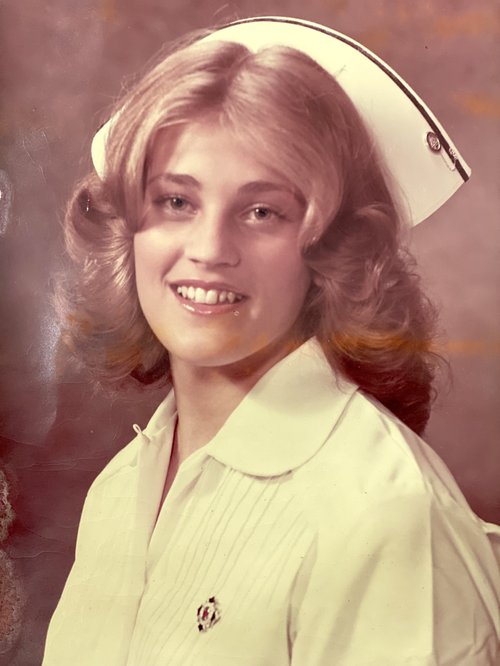 After only a few months at Cox Monett, Bev accepted a permanent role as the director of nursing. It was an easy decision to remain at the rural hospital because she quickly fell in love with the culture and family atmosphere.

"In a small community, everyone knows each other, and care is very personable," she says. "The thing that was different for me is that our staff always pitches in to help when needed; everyone works together to provide the best care for our patients, and it doesn’t get any better than that."

Through it all, she has never forgotten the special people who helped shape her nursing journey.

Bev recalls Mary Ruth Cuddy, who was the dean of the Burge School of Nursing when she was a student, as being an important role model in her life. She remembers vividly Mary Ruth's polished white nursing shoes, which glistened when the sunlight hit them just right.

"Mary Ruth's nursing uniform was always so bright and ironed to perfection," she says. "Her nursing cap was positioned on her head perfectly. Many people saw her as being stark, but to me, she was the utmost professional who took great pride in ensuring students received the best education to become outstanding nurses."

Over the years, many patients she helped care for live vividly in her memories.

For instance, there was a 13-year-old girl with a debilitating disease of the colon who had just moved with her siblings from Chicago to Springfield. The girl lived with her grandmother after both parents had passed away within a few months of each other.

At that time, there were no gastroenterology specialists locally, so she needed to go to Columbia, Mo., for care. The grandmother did not have a car or funds to take the girl.

"I quickly formed a bond with my young patient, so I ended up driving her to Columbia myself," she says. "By doing this, it helped to relieve the anxiety of both my patient and her family."

Bev kept in touch with the family for a while and was told the girl's condition eventually improved.

She recalls another patient who diagnosed with a brain tumor and was in and out of the hospital frequently. She and another nurse developed a close bond with the family and got to know them personally throughout his illness.

"This particular patient liked to fish, but because the tumor caused involuntary movements of his arms, he wasn't able to enjoy what he loved to do," she says. "On one of our days off, we took him and his wife fishing, and he smiled the entire time."

The patient ended up passing so his wife asked the nurses to call Bev. She came in to sit with her as she was alone and grieving.

"Being a nurse can tug at your heart," she says. "But in the end, it's such a rewarding profession that allows you to make a difference in people's lives."