About that jersey: Hospital housekeepers surprise leader with unforgettable gift 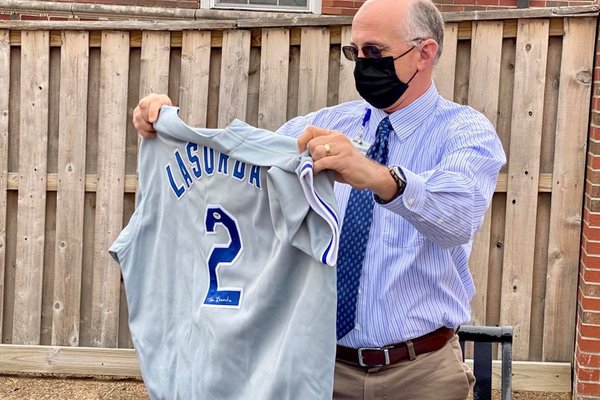 Brad Stallcup is a constant cheerleader for his housekeeping staff at Cox Branson, but when it comes to baseball, there’s no secret who he roots for – the Los Angeles Dodgers.

It’s a tradition that started when he was a kid growing up in California.

“My dad got polio before there was a vaccine, so he was in a wheelchair,” Stallcup explains. “One thing we could do together was go to baseball games. I’d push his chair right up to the rails. We shared a lot of memories sitting together at the stadium, which are even more special now since I lost him last year.”

His staff often gives him a hard time for loving the Dodgers so much. As they say, we live in Royals and Cardinals country and a few of them are even Yankees fans. So, when Stallcup went above and beyond to help them during the recent winter storm, they knew they had to do something to show him how much he means to them.

“He got out in that snow and came and picked us all up for work,” says Melissa Castaneda. “He didn’t want us risking our safety to get to the hospital, so he set out to bring us all in. That’s just one example of the kinds of things he does for our EVS family. He’s our inspiration.”

Castaneda hatched a fun plan with the EVS team to prove their love for their leader. They chipped in money to buy Stallcup a gift they knew he’d never forget: An official Dodgers jersey signed by the late Tommy Lasorda, the team’s longtime manager.

“I found it online and knew he had to have it,” she says. “I asked the team if they could kick in some money for it and everybody got on board. That’s how special he is to us.” 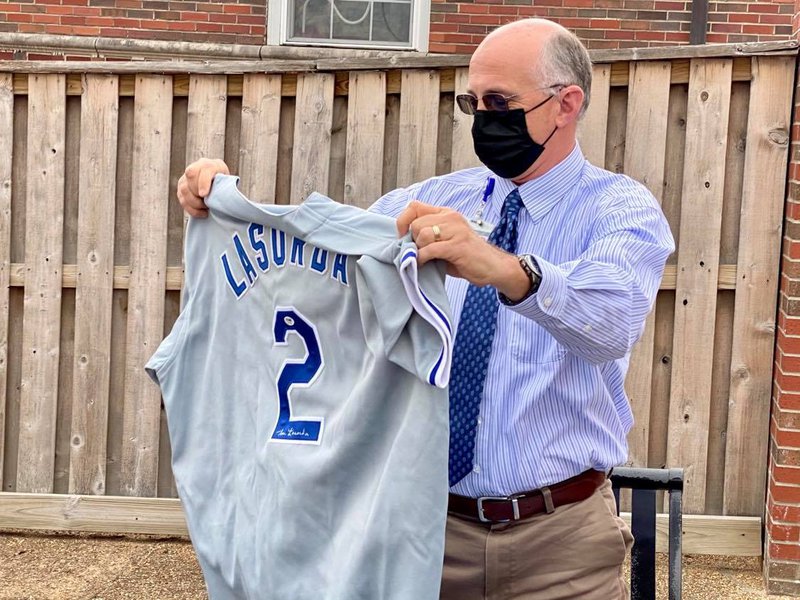 When the jersey arrived, it was time to get sneaky. They planned an impromptu “meeting” in the patio area outside the hospital’s cafeteria and told Stallcup to meet them there. When he rounded the corner and saw them cheering, he stopped where he stood and tried not to get too emotional.

“These people are my family,” he says proudly holding his new jersey. “I believe this team saves just as many lives as doctors and nurses and I want them to know how much they matter. When you’re as close as we are, you do anything to see them succeed and feel valued. I can never show them enough how much they mean to me.”

Stallcup does, in fact, do all sorts of things to show how much they mean. All you have to do is ask his staff and all of them can share a story.

“I’ve been through some dark times,” says Jessie Blount, an EVS tech. “I’ve never had a boss like Brad who cares so deeply that he’d do anything to show you how valued you are. He make us want to come to work every day.”

Michelle Togerson says she could go on and on about the incredible deeds Stallcup does for her team, but recalls a recent “sweet” moment he shared with staff.

“I really wanted some chocolate,” she recalls with a smile. “I joked with Brad that I wanted a candy bar. He comes back a bit later with, not only a candy bar for me, but he bought more than 40 so that we could each have a little treat. That’s what he does. That’s who he is. Isn’t that incredible?”

Another housekeeper recalls her stress when she found out a prescription was going to cost her almost $200. She didn’t have that money. He found out about it and quietly paid for it from his own pocket.

The stories of gratitude could keep coming from his grateful team, but Stallcup says he’s the lucky one.

“I have such pride for these people,” he says with a pause. “They work so hard each and every day. I love each and every one of them. They truly are hospital heroes – and my heroes.” 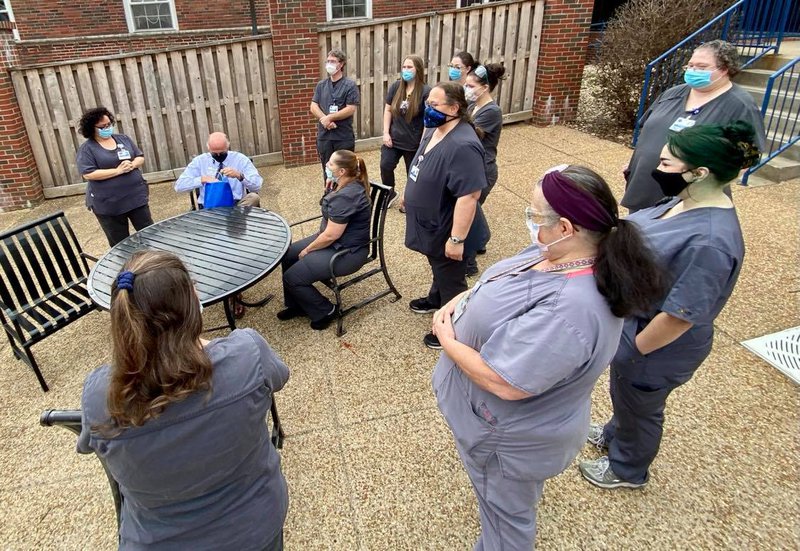 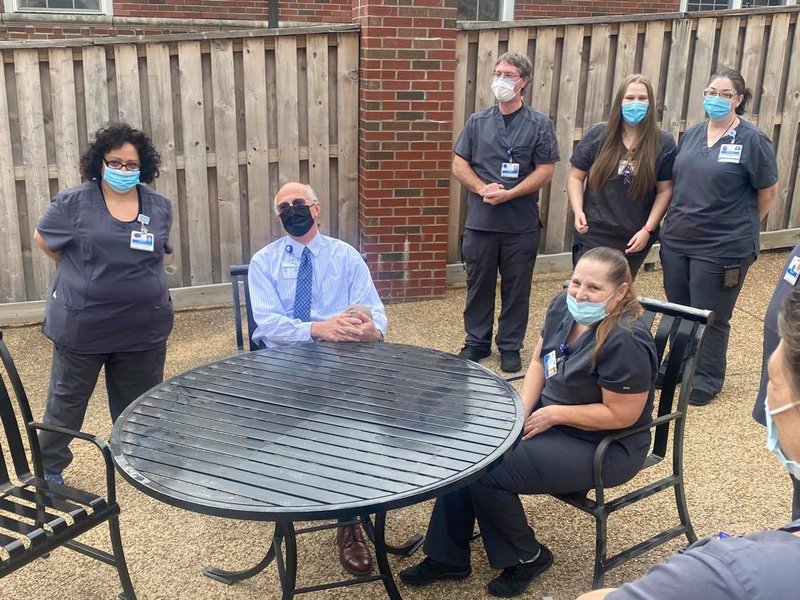 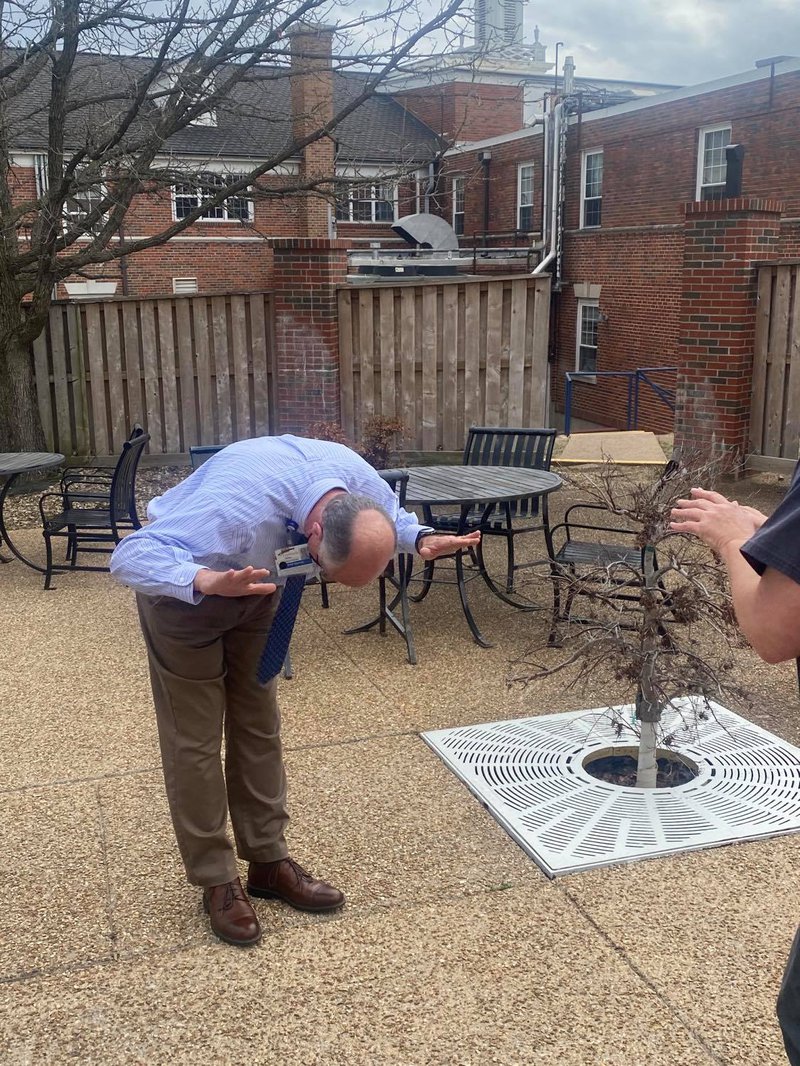