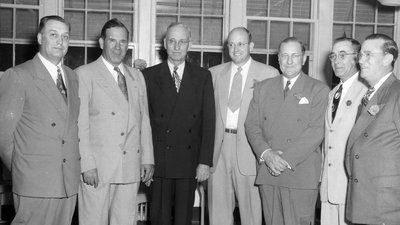 Meet the CEOs and their administrative colleagues who have helped guide CoxHealth to success.

1968
Lester E. Cox passes away and the board of directors renames the hospital Lester E. Cox Medical Center, in honor of the man so integral to the hospital’s survival and growth. Hospital expansion continues under the guidance of his son, Lester L. “Bud” Cox, and longtime administrator, Neil Wortley.

Lester L. “Bud” Cox passes away and his son Lester B. “Barry” Cox is named chairman of the CoxHealth Systems board.

Darren Bass is promoted to system vice president in the Community Hospital Group, and continues to serve as president of Cox Monett Hospital.