For most people, falling asleep and staying asleep come naturally.

But for those with sleep disorders, there's nothing simple about getting a good night's rest.

Controlling your environment, avoiding technology and restricting sleep may help you overcome problems with sleeplessness. If you have occasional sleep problems, try our tips for a good night's sleep. But if the problem persists longer than four to six weeks, you may need professional help.

Snoring can be a lot more than an irritant to a bed partner or others within earshot. It’s often a symptom of a more serious, life-threatening disorder called obstructive sleep apnea. If your partner tells you your snoring is interrupted by pauses and then gasps, it may indicate your breathing is stopping and starting, a hallmark of sleep apnea.

An estimated 18 million Americans have sleep apnea, a pause in breathing that’s 10 seconds or longer. People with sleep apnea often complain of feeling very tired during the day. They may have trouble concentrating, or become unusually forgetful, irritable, depressed or anxious.

Sometimes they fall asleep at inappropriate times, such as during work or while driving. In fact, people with sleep apnea are two to five times more likely to be involved in a motor vehicle accident than those who don't suffer from this disorder.

You may have sleep apnea if you experience trouble sleeping, awake frequently during the night, thrash about or be told you gasp for air during the night. If you have sleep apnea it’s not uncommon to wake up with a headache and a dry mouth, to lose interest in sex or for men to experience erectile dysfunction. These problems can appear suddenly or over time. If you are experiencing these symptoms, don’t downplay them–make an appointment with your doctor. Untreated sleep apnea can have serious effects, including an increased risk of cardiovascular disease, strokes and mortality.

Sleep apnea isn’t just a problem for adults. If your child snores, squeaks, has trouble breathing or is very restless during sleep, understand this is not normal and may be a sign of sleep apnea. Older children may be sluggish, have trouble in school or even fall asleep in class. If your child is experiencing any of these symptoms, talk with his or her doctor.

If you’re having trouble falling asleep or staying asleep, you’re not alone. There are more than 60 million insomnia sufferers in the United States.

Insomnia doesn’t just disrupt your sleep. It makes you feel sleepy the next day, too. Sufferers often lose their train of thought and are easily distracted from tasks they need to finish. Thankfully, advances in medicine and research mean physicians and sleep professionals can help most troubled sleepers.

People experience restless legs in many different ways. But most describe very unpleasant "creepy, crawly" sensations in their legs when they’re sitting or lying still, but especially at bedtime.

RLS can be very painful for some people, but the pain isn’t like that of a leg cramp. It’s also different from the feeling of a limb "falling asleep" when the blood supply is cut off. The pain and unpleasantness of RLS appear most often in the calves and can be temporarily relieved by stretching and moving your legs.

Although this happens most often when you’re awake, the constant need to stretch, walk or move your legs to get rid of the uncomfortable or painful feelings can make it difficult to fall asleep, and make you feel tired the next day.

RLS can also limit the activities you can take part in. You may find it difficult to do anything that requires sitting still for long periods of time, including car rides and plane trips.

PLMD is another disorder that affects your limbs and your ability to sleep. The movements are involuntary and usually occur when you’re asleep.

While most common in the legs, PLMD can also affect your arms. As the name implies, the movement occurs periodically, usually every 20 – 60 seconds. Typically the movements include a rhythmic extension of your toes, together with bending your ankle, knee or hip. The movements don’t usually happen all night long, but instead cluster in the first half of the night during the phases of light sleep. During REM sleep (when people are usually dreaming), the movements are much less common.

PLMD affects peoples’ sleep differently. Some may have trouble falling asleep, while others have trouble staying asleep. This difficulty sleeping causes some people to be very tired during the day.

Periodic limb movements aren’t the same as hypnic jerks (night muscle spasms), the occasional jerks of your body that can occur just when you’re falling asleep. These jerks are normal and usually don’t cause a problem with nighttime sleep or daytime alertness.

Circadian rhythms are your body’s internal clock. They regulate your body temperature, sleep, wakefulness and a variety of hormonal changes. Sunlight and other time cues help you set your circadian cycles so they’re consistent.

There are a variety of common circadian problems:

People who sleep well usually follow certain lifestyle and dietary habits that help them rest. Avoiding caffeine, exercising regularly and keeping your bedroom dark and quiet are just some of the ways you can help yourself get a better night’s rest.

Night workers tend to get less sleep, and what sleep they do get is less restful. If you work an irregular shift, there are some things you can do to help yourself get enough rest and stay alert on the job.

Pregnancy, menopause, depression and your menstrual cycle can all affect your sleep cycle. Learn more about these issues, and what you can do to help yourself sleep well.

At the CoxHealth Sleep Disorders Center, our goal is to help children of all ages get a good night’s rest, tonight and every night. Find out how we can help your child sleep better.

How to be Evaluated for Sleep Disorders

Talk to your primary care physician about your symptoms. They may request a referral to one of our sleep specialists, or to one of our Sleep Disorder Centers. Once the referral is received, we’ll contact you to schedule an appointment. If you’ve already been scheduled for a sleep study, download the patient info packet for information. You may also download a sleep diary and instructions for keeping it.

For more information or free booklets about specific types of sleep disorders, contact us or visit the American Academy of Sleep Medicine or the American Sleep Apnea Association.

At the CoxHealth Sleep Disorders Center, we can study all sleep-related problems include insomnia, obstructive sleep apnea, narcolepsy, shift work disorders, REM sleep disorders and sleep terrors, such as enuresis, walking and talking.

Could you have a sleep disorder?

Take our quiz to find out. 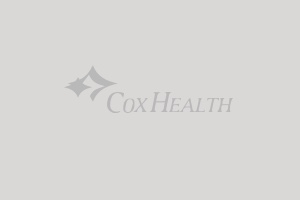 Learn about more ways you can improve your health through better sleep.

The American Academy of Sleep Medicine has educational resources available through its Sleep Education site. Learn more about common sleep disorders, findings from the latest research and how you can get a better night's sleep.