CoxHealth donates around $40,000 in products and equipment to Puerto Rican clinic 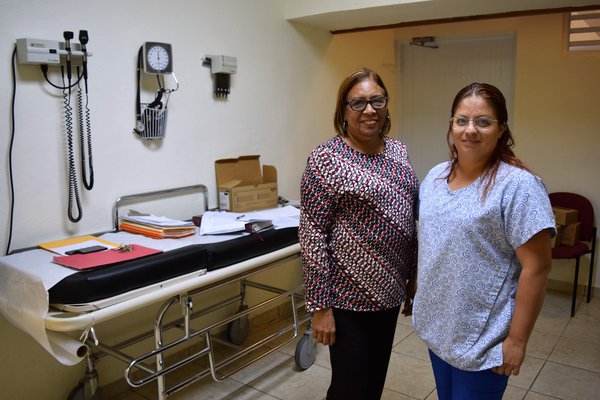 In the grand scheme of things, a few minutes was all it took. That brief blip of time -- combined with some angry, crashing waves -- divided life into before and after for residents near Puerto Rico's Punta Santiago.

Their "after" was a place where life would forever be different.

That came with Hurricane Maria, which blasted through the island in September 2017. Over several days, water from the nearby ocean and river flooded the town, causing widespread devastation.

The area around Punta Santiago went from being a tourist destination to a place in desperate need of help.

One place that felt deep destruction was Centro Services Multiples Punta Santiago, a local clinic that offers preventative care and referrals for people throughout the surrounding area. The hurricane’s waters robbed the clinic of nearly everything it had. Patient records, furniture, supplies and even structural integrity were suddenly gone.

Nitza Ortiz remembers those days very distinctly. A veteran administrator of the clinic, Ortiz recounts walking two hours through waist-deep water to reach the clinic in the days immediately following the hurricane. 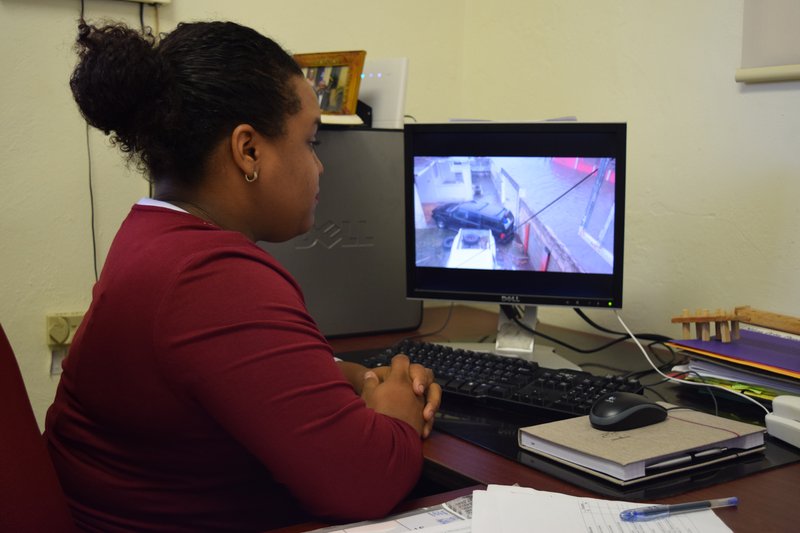 A clinic staff member shows video from during the hurricane.

Unfortunately, the answer was short and simple: not much. But that didn’t keep people from coming.

“Everyone came here,” says Ortiz. “That’s why, after three days, we had to get here. We were the place that was consistently open.”

Even days after the waters poured through town, the clinic was still seen as a resource. It was a place to connect with organizations who came to help, such as the Red Cross, when people had so few clothes that they wore them for days at a time.

"A lot of people were wearing the same clothes for a week," says Ortiz, recalling the stress. "I couldn't say it then, but I can say it now."

Even though it wasn't part of their responsibility, locals were able to eat a free lunch at the clinic for nearly a year after the disaster.

Even 18 months later, locals still come to the clinic for fresh drinking water — since, despite the passage of time, Ortiz says there are still people nearby who don’t have access at home.

And today, the clinic strives to serve locals’ medical needs, despite an ongoing lack of resources. They do the best they can with what they have, but things aren’t back to the way they were.

They used to have three computers, and now they have one. The kitchen isn’t usable; a plastic chair marks a dangerous spot where the rotten floor will fall through. A hospital bed is covered with papers.

"That’s pretty much my desk," says a nurse at the clinic. "If there’s an emergency, I have to clear it off." 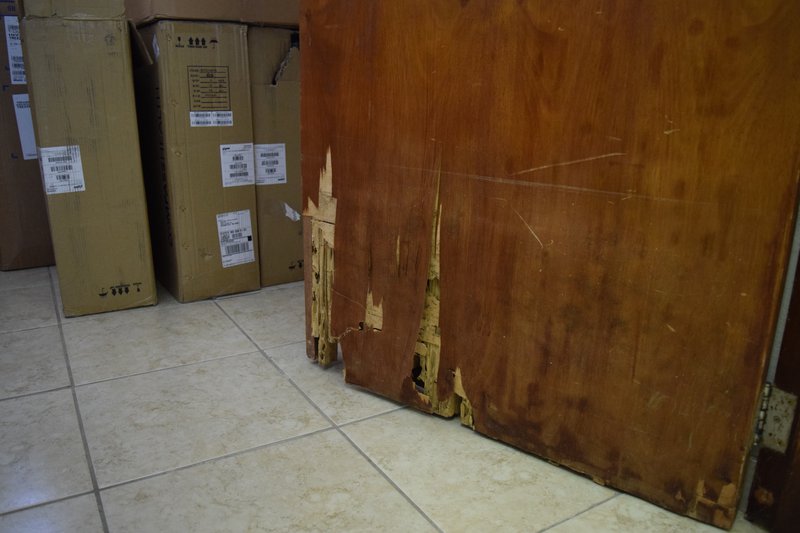 The hurricane's presence is still obvious at the clinic.

That’s where CoxHealth came in to help.

In March 2019, leaders from CoxHealth donated approximately $40,000 in supplies to the clinic. It’s the first time Ortiz says that they’ve received physical goods to help their patients, many of which are bed-bound.

“They’re for patients with disabilities and who need this for free,” says Oritz. “That’s why we try to give individuals things because they can’t get them themselves.” 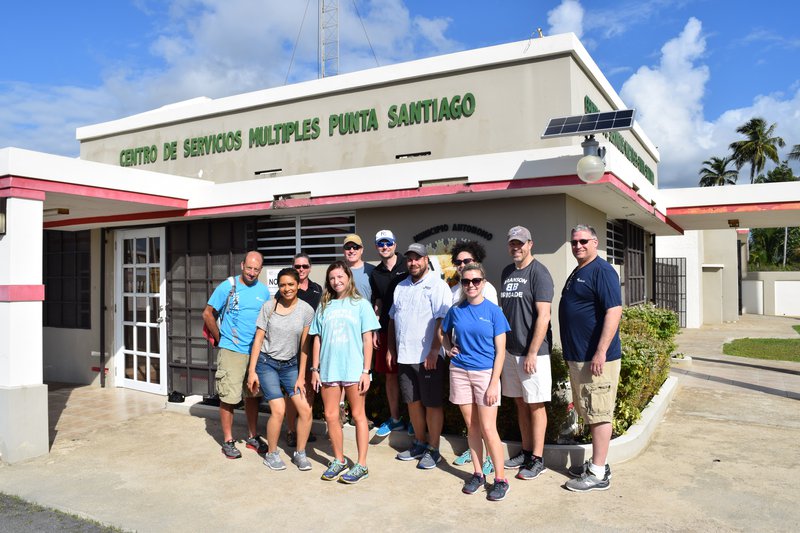 CoxHealth and Branson leaders arrive to drop donations off at the clinic.

"We needed everything you all brought,” says Ortiz. “We had nothing left.”

Those individuals, and leaders from the Branson Area Lake Chamber of Commerce and the Taney County Partnership, rolled suitcases packed with supplies into the clinic and unloaded them one by one. Other larger items will arrive soon. 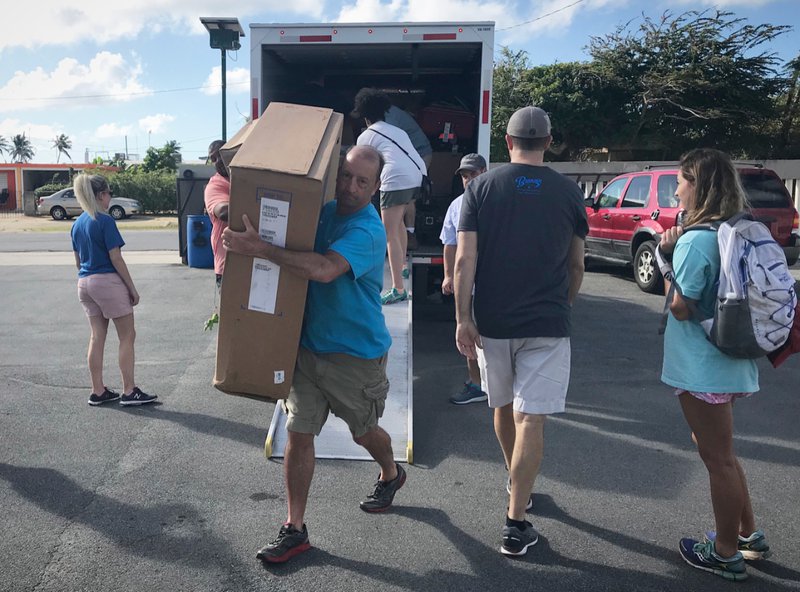 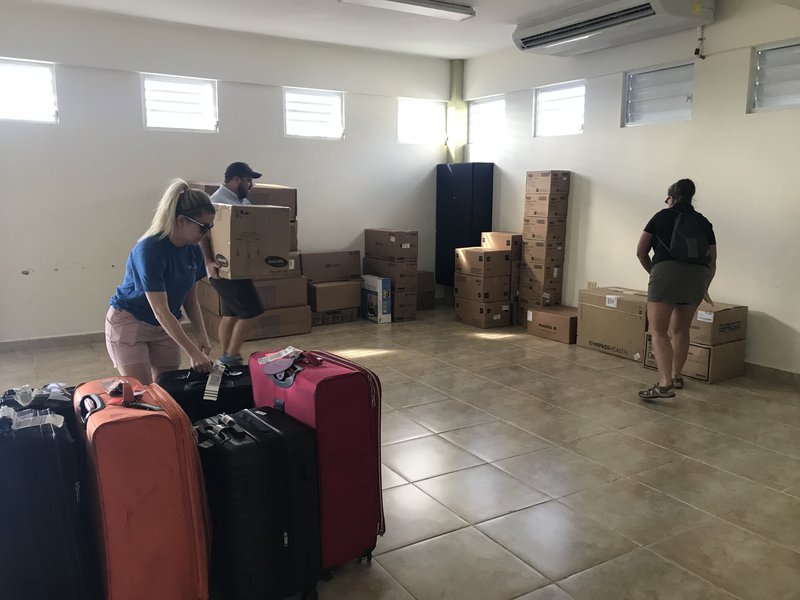 Dropping donations off at the clinic.

The day the leaders visit the clinic is sunny, the bright sky illuminating palm trees waving in the breeze. Tropical blue water gently rolled on the nearby shore, making the storm seem far away -- despite the pieces of signage that are still missing from businesses, and homes that may never see repair.

But the storm isn't forgotten. Outside the clinic area, a group of emergency management professionals gather on a peaceful morning to plan a training session for future emergencies. And when asked if things will ever be “normal” again, Ortiz emphatically says yes.

But normal doesn’t mean the same.

“People are now prepared,” she says. “Now people have more value for the things they have. They’re more spiritual. They’re more united.”